Coffee farming to be barred at Mt. Apo | Inquirer News

Coffee farming to be barred at Mt. Apo 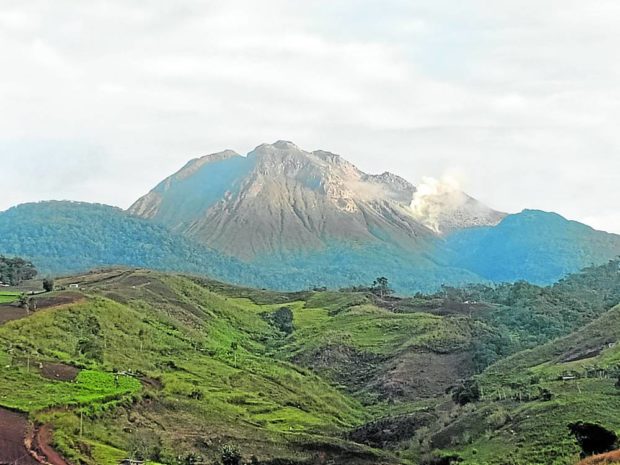 DAVAO CITY, Davao del Sur, Philippines — The government plans to strictly implement the law that will put a stop to farming and other disruptive human activities within the protected area of Mt. Apo, the country’s highest peak.

Shirley Uy, protected area supervisor of the Mount Apo Natural Park in Cotabato province, admitted that farming activities, particularly coffee growing, had already encroached into the protected mountain range for years, although some of the farmers were already in the area even before the passing in 2003 of Republic Act No. 9237, the law that declared it as protected, defining its boundaries.

Mt. Apo, which spans the boundary areas of Davao City and the provinces of Davao del Sur and Cotabato, was declared a national park in May 1936. In 2009, the mountain already made it to Unesco’s list of tentative sites but was stricken off the list in 2015 because of disruptive activities within it, including the destruction of forests and other natural resources.

“Little by little we will be implementing the law,” said Uy, foreseeing some difficulties with those who run the farms in the area.

She also said that even outside the protected area, identified as zones for the multiple-use, only organic farming and the use of endemic species of plants were allowed by law.

“The correct term is we only allow organic agriculture inside multiple-use zones. Trees and other vegetation should not be destroyed,” she added.

This was expected to worry coffee growers along the foothills of the 2,954-meter mountain, especially those who branded their specialty products after Mt. Apo and whose coffee quality had gained international awards.

But Acosta said the provision in the law was clear.

“If it is a protected area it should not be planted with coffee. There should be a clear delineation between the protected part of Mt. Apo and what was already designated as agricultural [area],” Acosta said during the launching here on Wednesday of the Mt. Apo Rescue and Conservation Center that would ensure the protection of the mountain and its resources.

Acosta said a technical working group had already been formed to study the extent of the center’s work and the gaps that it would need to address.

Joey Recimilla, head of the MinDA’s policy formulation, planning, and project development office, said they still have to propose the creation of the center in congress, including its budgetary requirements.