Group hopes to save street kids in Negros | Inquirer News

Group hopes to save street kids in Negros 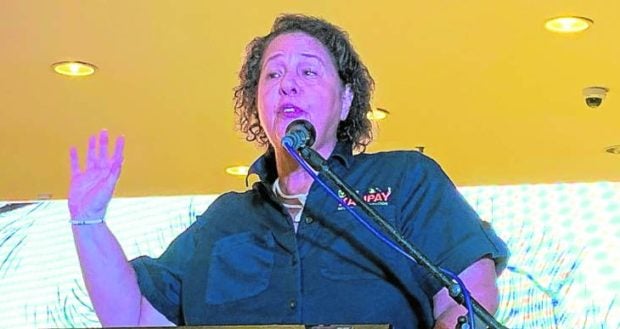 BACOLOD CITY—While it could be a long shot, keeping children off the streets remained possible.

So was the dream of Kalipay Negrense Foundation (KNF), a nongovernmental organization (NGO) working for the causes of disadvantaged children—the homeless, abandoned, neglected, malnourished, physically and sexually abused, victims of child labor and trafficking, and foundlings.

KNF president and founder Anna Balcells, on Nov. 25, called on all NGOs who share a passion for saving the lives of disadvantaged children in Negros Occidental and Bacolod City to unite and work together.

“I humbly ask you all to open your hearts and minds to the possibility of this ambitious, but much-needed feat. I ask our partners in the government to work with us to achieve this goal. Protecting children’s rights is everybody’s business,” she said at the opening of the three-day World Children’s Weekend spearheaded by KNF at SM City Bacolod.

“We need each other. We have each other. Ask when help is needed. Give when you have something to offer. The problems that we face are daunting, to say the least, but we don’t have to do this alone. Remember that you have this community of amazing people who will fight and defend what is best for the children,” she added.

KNF has been rescuing and giving shelter to children who were victims of abuse in Negros Occidental for 16 years.

It has helped close to 400 children through the years, some of whom already graduated from college.

The foundation is currently taking care of 116 children, including abandoned babies, at its Recovered Treasures Home in Bago City, Negros Occidental.

“The goal of having no children living in the streets is hard, without a doubt, but it can be done. We must be there for the poor children who were otherwise neglected by their own families, and oftentimes, by society itself,” Balcells said.

Negros Occidental Gov. Eugenio Jose Lacson, in a message read for him by his Executive Assistant Charina Magallanes-Tan, said the task of ensuring that the rights of every child are upheld and protected is not an option but a “solemn responsibility of the home, the government and the entire society.”

“If our generation cannot protect our children, then we fail humanity and ourselves,” he said.

The governor thanked KNF for its commitment to the welfare of children and for being an indispensable partner of the provincial government and the champion of the province for the protection of Negrense children. INQ