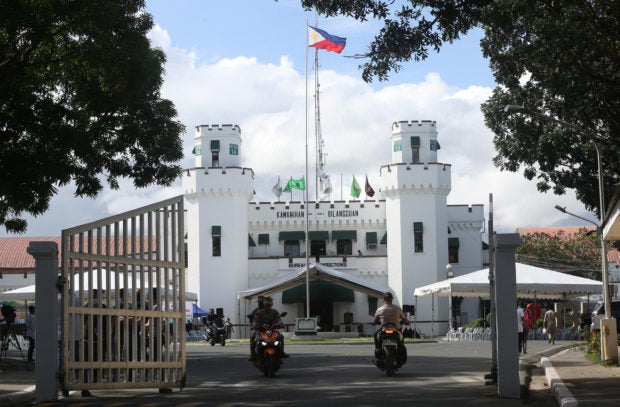 MOST CONGESTED PRISON | The New Bilibid Prison in Muntinlupa City has a capacity for only 6,435 prisoners but houses more than 29,000 inmates. (Photo by NIÑO JESUS ORBETA / Philippine Daily Inquirer)

MANILA, Philippines — While the Marcos administration has shifted focus on its intensified campaign against illegal drugs by reducing demand and rehabilitating users, law enforcers will not stop going after drug pushers and big-time drug personalities.

“To the drug pushers: we will send you to jail. We will enforce the law and fill the jails with the likes of you who destroy the future of our youth and families,” Interior Secretary Benhur Abalos said in Filipino during the launch of the government’s new anti-illegal drugs campaign in Quezon City on Saturday.

But for those who want to turn over a new leaf, Abalos gave the assurance that the government is ready to help them through drug rehabilitation and livelihood training programs to help them lead productive and drug-free lives.

Abalos’ warning was a sharp contrast to former President Rodrigo Duterte’s “shock and awe” strategy in dealing with the country’s problem of illegal drugs, vowing to eliminate all drug addicts and pushers by ordering the police to “kill them all” and promising to protect them from the law they were supposed to enforce.

Even before being elected president, he declared he would kill as many as 100,000 criminals to be fed to the fish in Manila Bay.

And his words became reality. A total of at least more than 8,000 people were acknowledged to have been killed by law enforcers during antidrug operations in Duterte’s six-year term, most of them without even stepping foot in a court of law.

But Abalos said the antidrugs campaign under the Marcos administration “pioneers a different approach that will work within the framework of the law and with respect for human rights and with focus on rehabilitation and socioeconomic development.”

“The challenge is to get to the root of the drug problem. Under BIDA, we will involve the grassroots and not only the police and other law enforcement units,” he noted.

He said schools, families and the religious sector should be involved in informing the children of the dangers of illegal drugs. Barangays should also be active in identifying the drug users in their area, not by castigating them but by reforming them.

According to Abalos, the key to the success of BIDA is the support of the communities and the people themselves who should reject and say no to illegal drugs, and report the drug activities in their areas to the authorities.

He noted that law enforcement agencies “have done nothing but to arrest and arrest drug personalities, but they are just replaced by another person to continue the crime.”

“The drug problem is a problem of the whole world, even First World countries. This is a tough job, but nothing is impossible if we get together,” he said.

The police admitted it cannot promise zero casualties in police operations because the safety of personnel was also a priority, but the chief of the PNP Gen. Rodolfo Azurin Jr. himself said they were “observing different approaches to our drug campaign to minimize, if not avoid, armed confrontations.”

So far, the ongoing drug war has killed at least 46 persons — 32 of the slain alleged drug offenders died during police operations, while 14 were killed by agents of the Philippine Drug Enforcement Agency — in operations conducted from July to November.

Azurin said that since President Ferdinand Marcos Jr. assumed office, the government’s aggressive campaign against illegal drugs resulted in the confiscation of some P9.7 billion worth of various illegal drugs confiscated and the arrest of 22,646 drug personalities in 18,505 anti-illegal drug operations nationwide.

Meanwhile, a total of 26,244 or 62.42 percent of the total 42,046 barangays in the country have been tagged as “drug-cleared” under the Barangay Drug Clearing Program, the government’s “whole-of-nation” approach in addressing the problem of illegal drugs in the country.