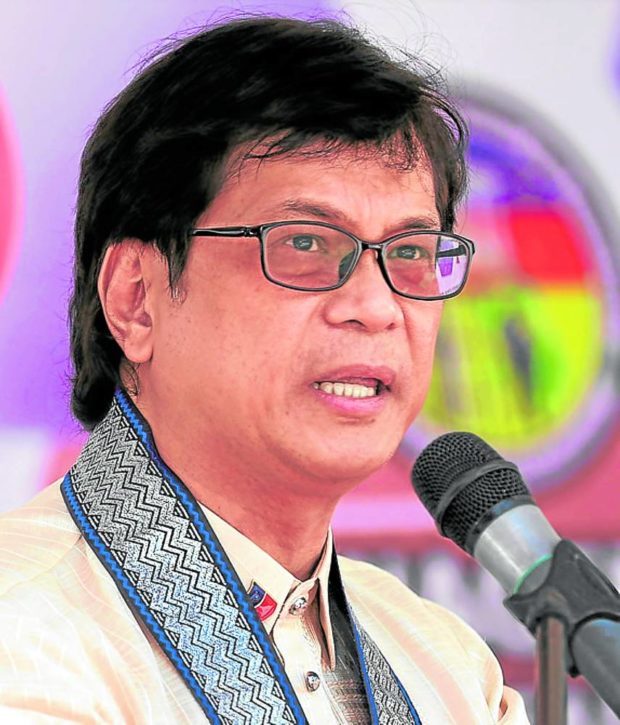 Law enforcement agencies will have to take a step back under the Marcos administration’s new anti-illegal drugs campaign that focuses on demand reduction and drug user rehabilitation, instead of the killing of drug users, Interior Secretary Benhur Abalos said on Friday.

According to the Department of the Interior and Local Government (DILG), Bida is a nationwide anti-illegal drugs advocacy program involving local governments, national government agencies and other key sectors of the society that will focus more on drug demand reduction and rehabilitation in the communities.

According to Abalos, the illegal drugs problem is a deep-seated issue that has continued to destroy relationships, families and the future of the youth, and it is high time for all sectors of the society to make a stand and do their part through the Bida program.

“We cannot put the campaign against illegal drugs fully [in] the hands of the Philippine National Police and the Philippine Drug Enforcement Agency (PDEA) because all of us are affected here. We all need to take part in putting a stop to this plague that is destroying our young people,” he said in a statement on Friday.

Since Mr. Marcos assumed office in June, the PNP’s aggressive campaign against illegal drugs resulted in the confiscation of some P9.7 billion worth of various illegal drugs and the arrest of 22,646 drug suspects in 18,505 anti-illegal drug operations nationwide.

Meanwhile, a total of 26,244 or 62.42 percent of the total 42,046 barangays in the country, have been tagged as “drug-cleared” under the Barangay Drug Clearing Program, the government’s “whole-of-nation” approach in addressing the problem of illegal drugs in the country.

This was 3.48 percent higher than the 25,361 drug-cleared barangays last reported by the previous administration of former President Rodrigo Duterte in June.

While lower in numbers compared with the first five months of the Duterte administration, the ongoing drug war has resulted in 46 deaths—32 of the slain alleged drug offenders died during police operations, while 14 were killed by agents of the PDEA—in operations conducted from July to November.

According to Abalos, the antidrugs campaign under the Marcos administration pioneers a different approach that will work “within the framework of the law and with respect for human rights and with focus on rehabilitation and socioeconomic development.”

According to Abalos, the program will tap the best practices of local governments, government agencies and other partners in order to strengthen institutions for the implementation of drug-reduction activities, encourage multisectoral participation, secure commitments from national government agencies and partner organizations, and raise awareness through information, education and communication materials.

Local chief executives from the National Capital Region are also expected to read a unity statement to express their commitment to carry out the objectives of the Bida program in their respective jurisdictions, while representatives from different sectors of the society will also give a statement of support for the program.

On Thursday, the DILG chief directed local governments to formulate their local antidrug plan of action, down to the barangay level, that responds to the needs of their localities.

“Our anti-illegal drugs campaign takes a whole-of-government approach, which would only be efficient if we are able to execute plans … down to the grassroots. It is imperative that our [local governments] work with us and draft their respective [plans],” Abalos said.

Under DILG Memorandum Circular No. 2022-141, dated Nov. 9, Abalos encouraged local chief executives to formulate their antidrug plans within their first 200 days in office, specifying their anti-illegal drug programs and activities based on their localities’ drug situation.