Westendorp: Her art captured power, purity in many forms 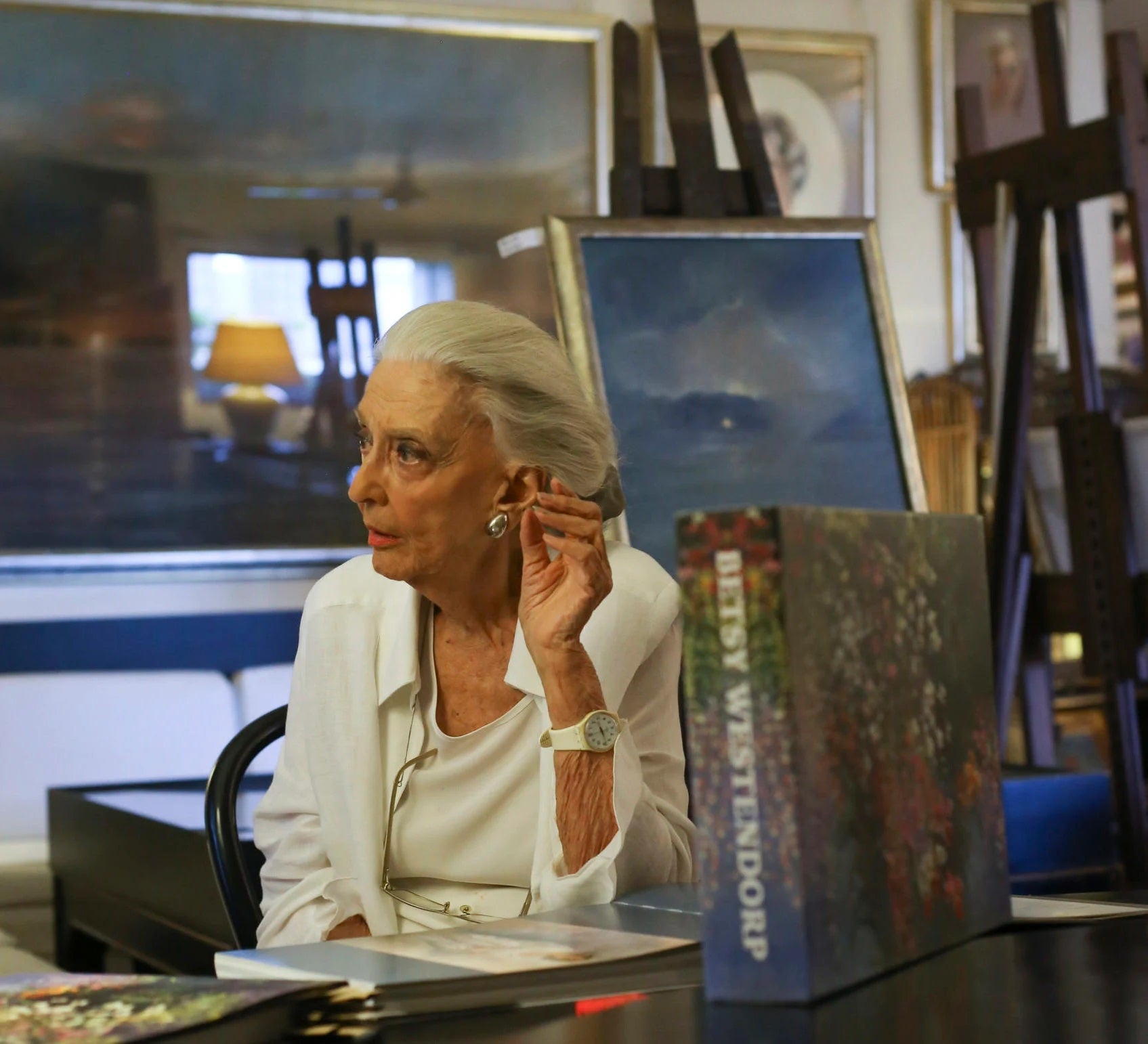 “Here is a woman who, in the name of love, reached the shores of a foreign country that energized her to be an artist,” said art critic Cid Reyes, who wrote a two-volume coffee table book, “Betsy Westendorp.”

The Spanish-born painter was prolific for her mystical cloudscapes and sunset paintings, patrician portraits, Philippine flora and meaningful landscapes. Then President Gloria Macapagal-Arroyo acknowledged her contribution to Philippine art by conferring her the Presidential Medal of Merit in 2008.

Last year, she was the only non-Filipino who was given a retrospective, “Passages: A Celebration of Betsy Westendorp’s Artistic Journeys,” at Metropolitan Museum of Manila. A few weeks shy of her 95th birthday, she died of kidney failure on Nov. 23 in Aravaca on the outskirts of Madrid.

Westendorp started her art career in the Philippines. Through her social circle, she figured prominently in the mid-20th century for her sensitive portraits of the high and mighty, such as President Ferdinand and Imelda Marcos, society doyennes Angeles “Nene” Tuason Quimson and Conchitina Bernardo, luxury retail pioneers Ambassador Bienvenido Tantoco and his wife Gliceria, and Cubao’s visionary founder J. Amado Araneta. 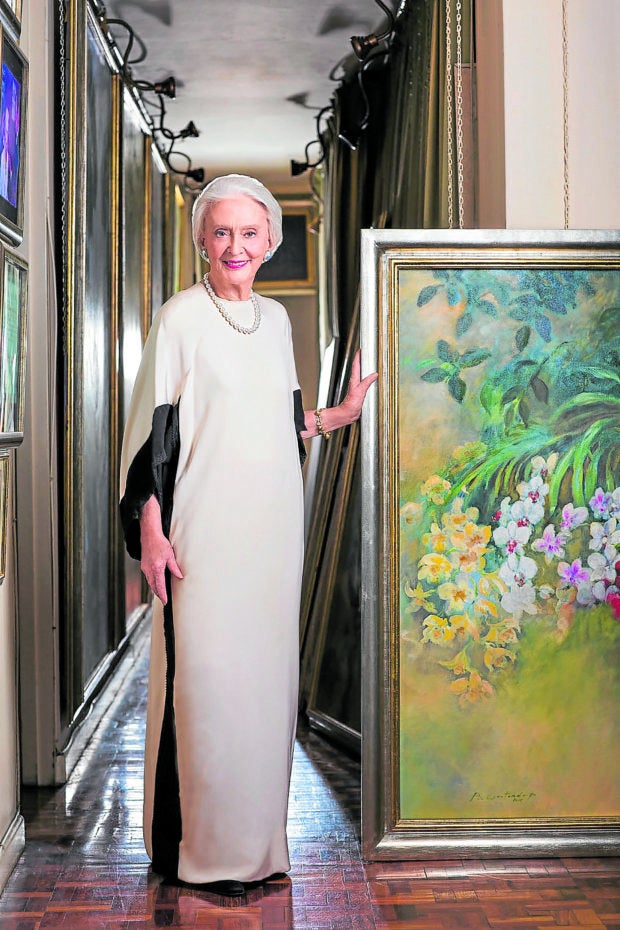 In Europe, she painted royalty, including Infante Don Felipe, the present King Felipe VI of Spain and the late Princess Margaret.

“Her portraits were ethereal. She captured the personality with judicious brushstrokes, never pandering toward baroque or ornate techniques. She allowed the character to come out,” said Reyes.

In the past decades, Westendorp has been famous for Philippine sunsets and cloudscapes, which Spanish author Elena Flórez coined as atmosferografias, dim skies imbued with reds, oranges and gray white clouds.

Residing at the penthouse of Excelsior Building on Roxas Boulevard in the ’70s, she was inspired by how the sunlight pierced through the clouds on an overcast afternoon and on the silhouettes of boats casting their reflections on Manila Bay.

“She went to the shore to experience the sunset. While others saw the Philippine sunset as good feng shui, Betsy appreciated the different grades, tones and nuances and transformed them into abstract qualities,” said Reyes.

The art critic declared that Westendorp was arguably the country’s best floral painter for capturing their purity, most particularly the abundance of Philippine orchids. Likewise, she painted landscapes as moods or as an experience of nature instead of clichéd and dated bucolic sceneries

“Filipinos tend to take flowers and landscapes for granted. As a foreigner, she saw them in different eyes,” said Reyes. 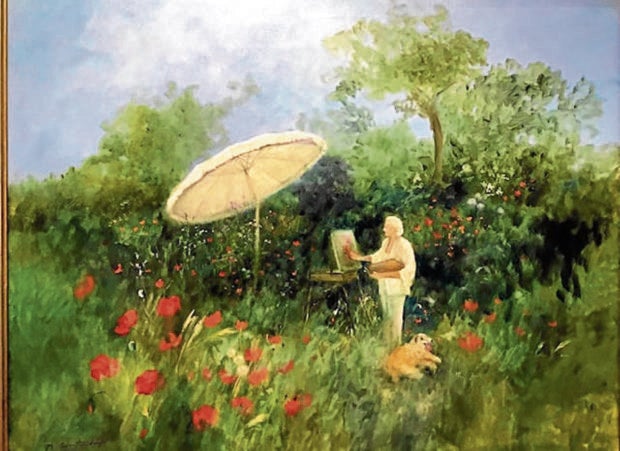 Born in Spain on Dec. 14, 1927, she was named after her Dutch grandaunt Johanna Elisabeth “Betsy” Westendorp-Osieck, an accomplished watercolorist, etcher and painter. As a child, she dreamed of becoming an artist but her family was afraid of exposing her to male models in art school. She then took up private lessons with a professional artist at home.

Through a common friend, Westendorp met Filipino-Spanish mestizo Antonio Brias, an executive of San Miguel Corp., who was visiting Madrid. It was love at first sight. They were married in 1951 and moved to Manila. The couple had three daughters, Isabel, Sylvia and Carmen. Brias died of a lingering illness in 1976.

A way of enduring

Westendorp had since traveled intermittently between the Philippines and Spain.

A few days before the opening of her exhibit in the Philippines in 2016, her eldest, Isabel, 65, died of grief from a broken marriage in Madrid. (A decade earlier, Isabel’s son, Ian, succumbed to fulminating sepsis.) Instead of weeping, the painter celebrated her daughter’s transition with “Passages,” characterized by dark skies swept with blood red cumulous clouds with a whisper of white. Likewise, she immersed herself in works commissioned by her Filipino collectors.

“I’ve been able to endure many hardships because I paint,” she once told Lifestyle. —contributed

The tussle over Westendorp