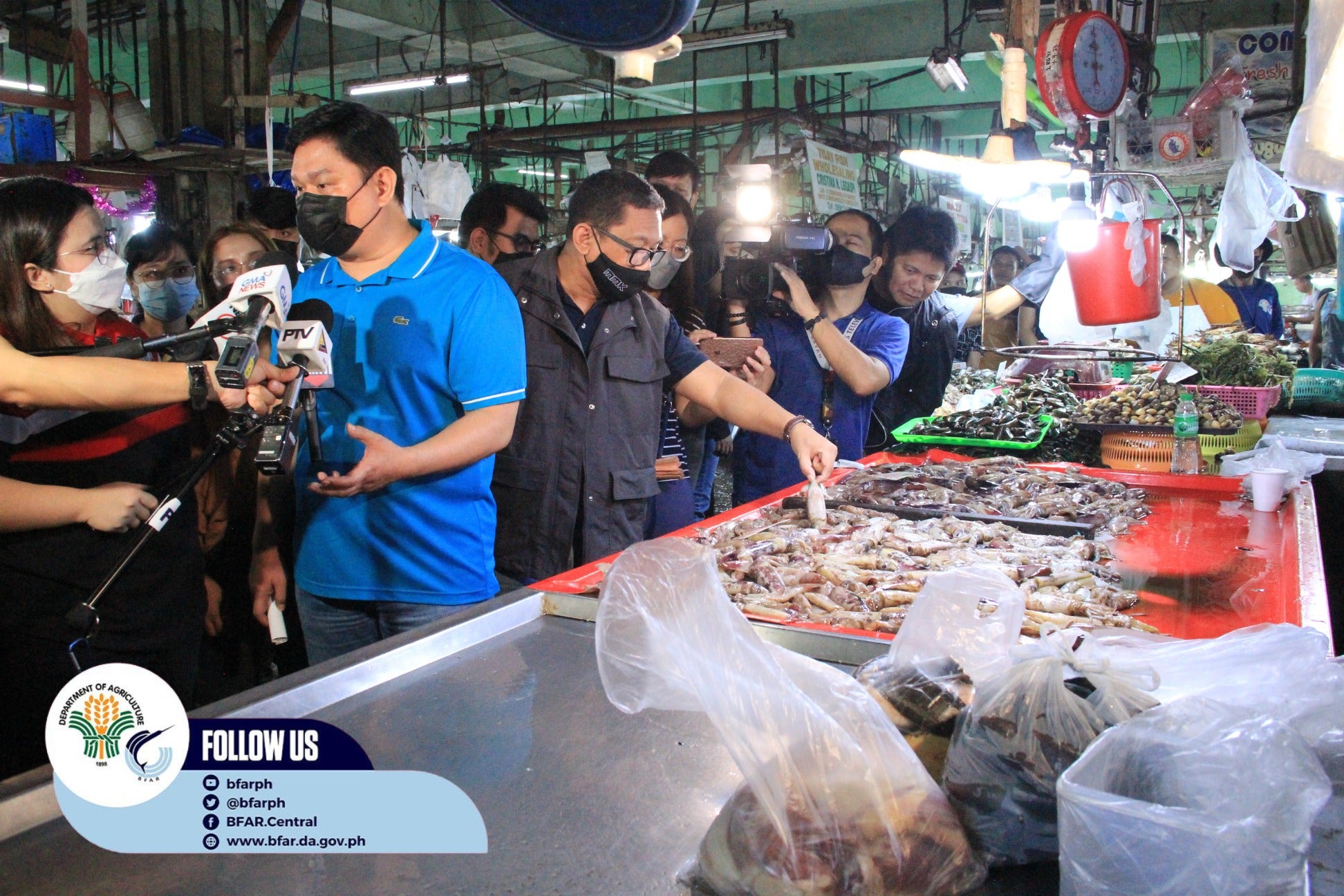 The Bureau of Fisheries and Aquatic Resources (DA-BFAR) conducts a campaign against diverted imported fish in wet markets. (Photo from BFAR’s Facebook)

MANILA, Philippines — The Bureau of Fisheries and Aquatic Resources (BFAR) under the Department of Agriculture (DA) launched a campaign to educate market vendors on the unauthorized sale of imported fish during the closed fishing season that will last until January 2023.

“The Department of Agriculture’s Bureau of Fisheries and Aquatic Resources (DA-BFAR) intensifies its Information, Education and Communication (IEC) campaign against selling of imported fish unauthorized for the wet markets, particularly diverted frozen fish commodities authorized only for canning, processing, and institutional buyers,” said the bureau on Thursday.

Wet market vendors may have their sanitary and import clearance suspended if they are caught selling imported fish meant for canning, processing, and institutional buyers, warned the bureau.

The bureau added that it is also taking a variety of measures to control fish importation and how imported fish circulate in the market. The after the DA imported 25,000 metric tons of fish such as round scad (galunggong), mackerel and more.

“The Bureau is also set on intensifying its control measures on importation such as strengthening border control through seaport/airport and cold storage warehouse inspections, including mandatory X-ray inspection of all reefer vans, and deployment of additional personnel for the first and second borders inspection,” said the BFAR.