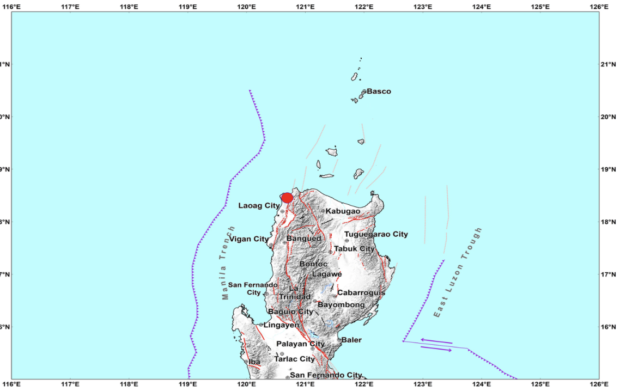 According to state seismologists, the tremor’s epicenter was eight kilometers southeast of the town of Burgos. It was recorded at 11:05 p.m.

The earthquake was tectonic in origin and had a depth of focus of 22 kilometers, Phivolcs said in its bulletin.

The agency noted that the following intensities were felt in these areas:

Instrumental intensities were likewise recorded by Phivolcs in these places:

While no damage is expected from the tremor, state seismologists warned the public about possible aftershocks that may occur.