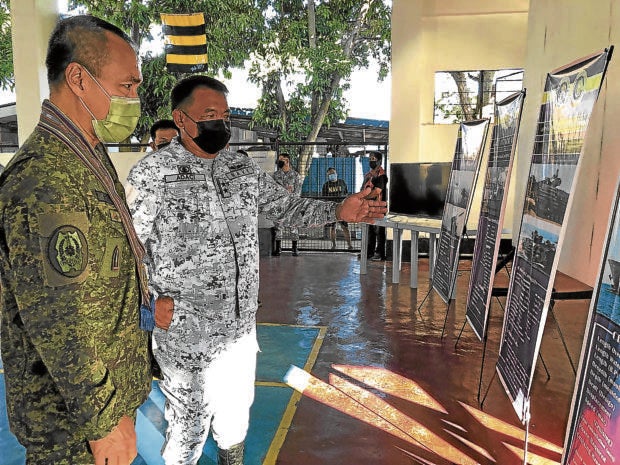 Armed Forces of the Philippines (AFP) Chief of Staff Lieutenant General Bartolome Bacarro was the guest of honor during the change of command ceremony at the Philippine Navy headquarters in Manila.

Adaci, who was formerly the commander of the Naval Forces Western Mindanao, is the first to serve for a three-year fixed term in adherence to Republic Act 11709.

The AFP had also earlier announced that Major General Arthur Cordura is its new Vice Chief of Staff (VCSAFP), replacing Vice Admiral Rommel Anthony Reyes who took over the post in its acting capacity last September.

With 32 years of experience as a military officer, Cordura – a member of the Philippine Military Academy “Bigkis Lahi” Class of 1990 – served as Vice Commander and Chief of Air Staff at the Philippine Air Force prior to assuming his new post.

“Your years of experience in the noble profession of arms, most notably as Vice Commander of the Philippine Air Force, has more than prepared you for this position,” Bacarro said at the change of chief of office ceremony in Camp Aguinaldo, Quezon City on Wednesday.

He added: “I am fully confident that you will continue to display passionate leadership in this position that entails a greater magnitude of responsibility and will give you the distinction as the first VCSAFP to serve for up to three years.”