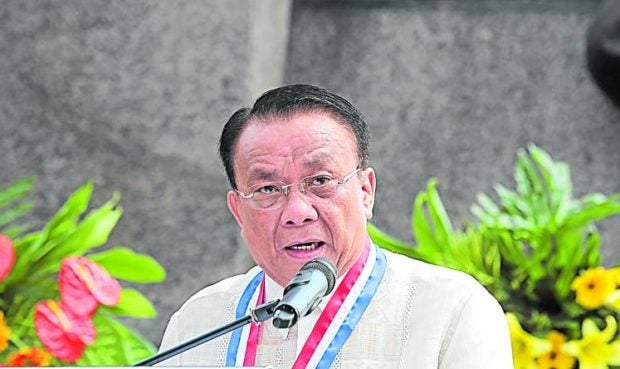 MANILA, Philippines — People with a checkered past may have to think twice if they plan to join the government, as Malacañang is now requiring clearances from applicants for positions in the executive branch.

Speaking before the Commission on Appointments (CA), Bersamin said the additional documentary requirements might prolong the selection process, but it would help President Ferdinand Marcos Jr. in picking only the most qualified.

“We have had this unfortunate experience where the appointees were unworthy or turned out to have been charged with so many cases in the courts or administratively,” the former chief justice said during his confirmation hearing.

“That’s what we want to avoid because that embarrasses the President and the administration,” he said.

Like other job applicants, Bersamin said, those seeking to become public officials should submit a clearance from the National Bureau of Investigation.

Former public officials, he said, should present clearances issued by the Civil Service Commission and the Office of the Ombudsman if they want to return to government service.

Ordinary Filipinos applying for NBI clearances schedule appointments, then line up on their appointment day, hoping they won’t get a “hit” or flagged for a past criminal record. Some applications also drag on because they have namesakes with pending cases.

Marcos himself was convicted by the court in the 1990s for failing to pay taxes and file his income tax returns when he was still the vice governor and later the governor of Ilocos Norte from 1982 to 1985, during the presidency of his father, Ferdinand Sr.

OICs to be permanent?

Bersamin, whose appointment as executive secretary was unanimously approved by CA members, spoke about the new policy after Sen. Imee Marcos, the president’s elder sister, noted a number of government posts that remain vacant.

Under the president’s Memorandum Circular No. 3, the designation of officers in charge (OICs) of different government offices was extended to Dec. 31 this year.

Senator Marcos said the snail-paced appointments to positions in major agencies, such as the Department of Health (DOH), had affected their operations. The DOH is still without a full-fledged secretary and is only being run by an OIC.

“Is there a timeline for filling in these vacancies? Because we are all getting impatient. Please tell that to my ‘ading,’” she said, using the Ilocano term for “younger sibling” to refer to the president.

“How do you intend to resolve this?” she asked.

Bersamin said the Office of the Executive Secretary was “carefully studying” the situation and that he was aware that those serving as OICs should be made permanent appointees before the year ends.

He said the Palace was also looking for ways to accommodate those who may eventually lose their jobs.

“The president has a good heart and he has instructed us to be as kind and as generous to those who will be affected. We share the same compassion,” he said.

Bersamin admitted that he had difficulty looking for documents pertaining to the previous appointments since he had no opportunity to have a proper turnover of office with his predecessor, Victor Rodriguez.

“We were always readily blamed by the Cabinet secretaries about this slow phase of appointments. But that is not really intentional. We are correcting this issue now,” he told the president’s sister.