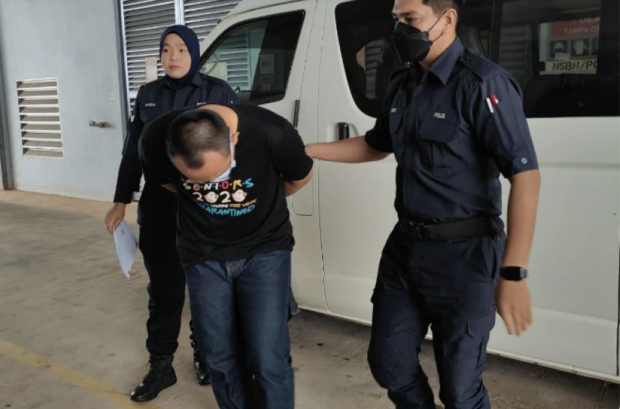 The former bank officer had been using his wife for sexual exploitation since July this year. The Star/Asia News Network

SEREMBAN – A 35-year-old former bank officer in Malaysia who forced his wife into prostitution to pay off his debts has been sentenced to seven years in jail.

Sessions Court Judge Rushan Lutfi Mohamed also ordered the man to be given three strokes of the cane.

The man was charged with committing the offense at a hotel in Kuala Pilah, Negeri Sembilan, on Oct 30.

According to the facts of the case, police arrested the accused and saved his wife during a raid at the hotel.

A police probe later revealed that the accused had been using his wife for sexual exploitation since July 2022. He charged the clients RM1,000 (S$300) an hour.

In mitigation, the man pleaded for a light sentence, saying it was his first offense and that the arrangement lasted for only four months.

“I am very embarrassed and remorseful for what I did. I know I have wronged my wife, my family, my in-laws in Sabah, and everyone who knows about this case,” he said.

.
“I hope the court will give me the lightest sentence as I have to look after my wife who is ill, my mother and my in-laws,” added the man.

However, Deputy Public Prosecutor Atiqah Abu Hassan urged the court to impose a heavier sentence, as the accused “had lived off the immoral earnings of prostituting his own wife”.