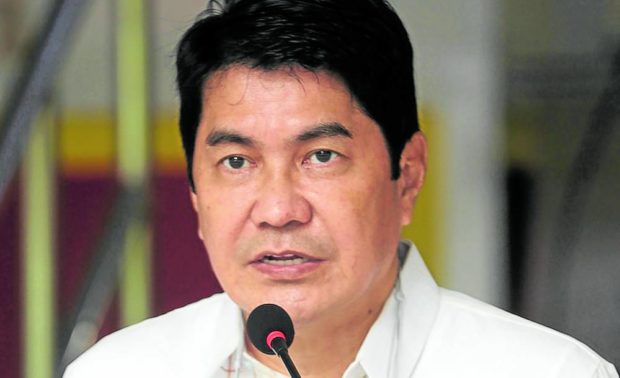 MANILA, Philippines — Erwin Tulfo’s designation as Department of Social Welfare and Development (DSWD) secretary may be in limbo as the powerful legislative Commission on Appointments (CA) on Tuesday deferred his confirmation due to legal issues over his citizenship and criminal conviction for libel.

As if turning the tables on Tulfo, CA members quizzed the former broadcaster and tabloid columnist about his personal life and previous careers before joining the Marcos administration.

The DSWD secretary-designate is one of the four Tulfo brothers in the broadcast industry, whose brand of brash journalism has earned them huge followings on social media. His younger brother, Raffy Tulfo, was elected senator in May.

Speaking with reporters after the three-hour proceedings, Tulfo admitted he became an American citizen in 1988. He regained his Filipino citizenship only this year as part of the requirements for his appointment as a public official.

He added that he had anticipated the matter to be raised at the hearing. “That’s why I brought the documents with me. I came prepared,” he said. “The decision [regarding my confirmation] will be in their hands.”

The issue was raised by Caloocan City Rep. Oscar Malapitan, who disclosed that Tulfo was a member of the US military from 1988 to 1992 as stated in the report given to CA members.

Sagip Rep. Rodante Marcoleta said Tulfo’s records also revealed he was in “active military service stationed in Europe” from 1992 to 1996.

“Did you renounce your Filipino citizenship?” Malapitan asked Tulfo.

Instead of directly answering the question, Tulfo moved for a closed-door session with the CA members, who swiftly granted his request.

After an hourlong executive session, Bacolod City Rep. Greg Gasataya, who presided over the proceedings, adjourned the hearing and deferred Tulfo’s confirmation as the CA discussed his predicament.

Tulfo later clarified that he had applied for American citizenship not because of his decision to join the US military. “I cannot divulge that. I’m sorry,” he told reporters.

But Marcoleta pointed out that only individuals who had secured their American citizenship either by birth or naturalization may serve in the US forces. He also noted that Tulfo was previously found guilty of libel, an offense deemed as a crime involving turpitude.

No Erwin Tulfo apology; aide says he was taken ‘out of context’