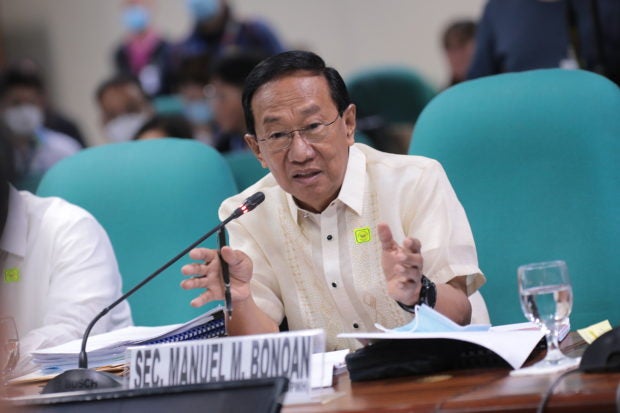 MANILA, Philippines — Department of Public Works and Highways (DPWH) Secretary Manuel Bonoan secured the confirmation of the Commission on Appointments (CA) on Tuesday.

The CA committee on public works and highways deliberated on Bonoan’s ad-interim appointment and recommended his confirmation in the plenary.

Hearing no objections, Bonoan’s appointment as DPWH chief was confirmed by the congressional CA.

During the panel’s debates, Senator Imee Marcos asked about the P32 million Bonoan received between June 30, 2021 and June 30, 2022 as stated in his statement of assets, liabilities, and net worth.

Bonoan replied: “I believe these receivables, if I have to look into the details of it, are, actually some of them, are part of the retirement pay that I receive from my private practice in San Miguel Corporation. Mostly, I think came from there.”

“I could imagine that there have been some also that came from the other business that we have been into,” he continued.

Aside from Bonoan, the confirmation of the ad-interim appointment of Social Welfare and Development Secretary Erwin Tulfo was discussed by the CA committee on labor, employment, social welfare, and migrant workers on Tuesday.

However, deliberations on Tulfo’s appointment have been deferred amid queries on his enlistment in the United States and libel conviction.

Bonoan and Tulfo’s ad-interim appointments were initially bypassed due to a lack of time.