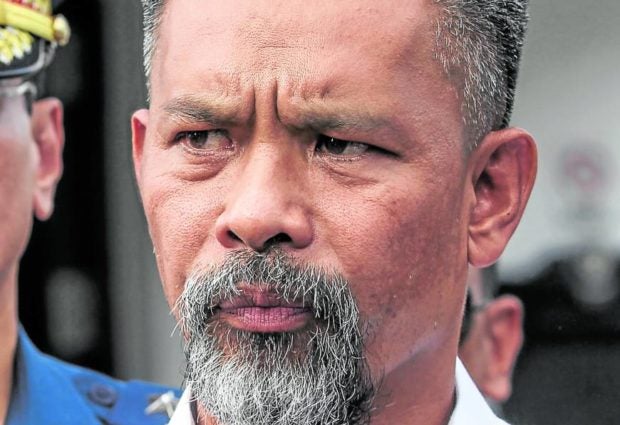 MANILA, Philippines — Suspended Bureau of Corrections (BuCor) Director General Gerald Bantag is ready to face the allegations against him in connection with the murder of radio commentator Percival “Percy Lapid” Mabasa and the death of New Bilibid Prison inmate Cristito “Jun Villamor” Palaña, his lawyer said on Monday.

Lawyer Rocky Balisong went to the Department of Justice (DOJ) on Monday to get the subpoena issued for his client to attend the preliminary investigation of the two murder charges on Nov. 23.

“He is ready. He instructed us to get the subpoena, so he is ready. We want this ourselves. This is our eagerness and because our client is ready to answer all the allegations against him,” Balisong told reporters.

In fact, he said Bantag would have wanted to go with him to personally claim his subpoenas from the DOJ.

According to the DOJ, the subpoenas were deemed served on Tuesday when the subpoena server went to Bantag’s house in Caloocan.

“As far as we are concerned, there is no such subpoena, which has been served to our client on Nov. 14,” he said.

Balisong said they would also study if Bantag would attend Wednesday’s preliminary investigation, saying it would depend on the allegations in the complaint that they need to address.

“We will assess the complaint … we will assess if he will be coming with us on Wednesday to attend the initial preliminary investigation or not. It depends on what will happen on Wednesday. If we will submit a counter-affidavit and the panel requires that it should be subscribed before them, then we will bring him with us. But we will see if it can be subscribed before other prosecutors … maybe he doesn’t have to come with us,” the lawyer explained.

Also on Monday morning, Justice Secretary Jesus Crispin Remulla held a press conference where he was asked about Bantag, who expressed doubts if he could get justice even with Remulla as the head of the DOJ.

“All of this drama, I don’t know what’s going on, but it’s a lot of drama. That’s how the law works. He is a person in authority. He is a man in uniform. He should know the rights of people and the law. And if the law is violated, he should know the consequences,” Remulla said.

Zulueta and other persons deprived of liberty were also charged with murder in connection with the deaths of Mabasa and Palaña.

“I had information a week ago on where he was, at least. Someone told our sources,” Remulla said, referring to Zulueta.

He added that he believes both Bantag and Zulueta are still in the country.

The justice secretary also said that he ordered his staff to look into the possible violations of Bantag over the huge excavation at Bilibid in Muntinlupa City.

What we know so far: Bantag and those linked to Percy Lapid, middleman slays