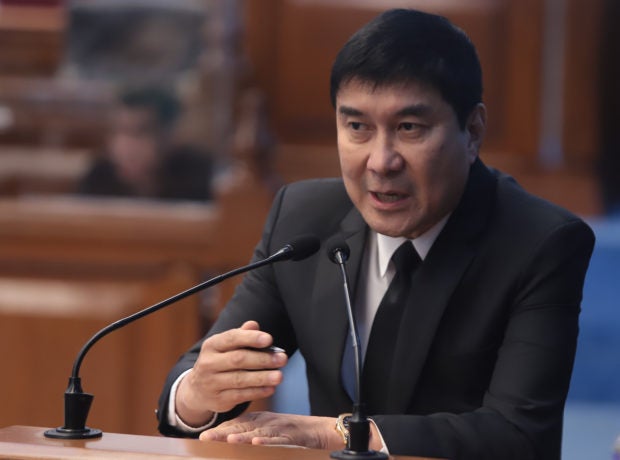 MANILA, Philippines—Senator Raffy Tulfo, lamenting the dismal situation of the National Children’s Hospital (NCH), recommended on Monday reallocating P2 billion from the Department of Environment and Natural Resources (DENR) to improve the NCH in 2023.

Tulfo, in particular, said he wants to slash the P12 billion allocation for the office of the DENR Secretary.

(During the period of amendments, I will request to reduce the budget of the DENR, which has P12 billion for the Office of the Secretary. In addition, I will push and fight for the transfer of P2 to the National Children’s Hospital.)

The Senate ended floor deliberations on the P5.268 trillion national budget proposal for 2023 last week and it is now up for a period of amendments.

(I repeat, I will fight to cut the budget of the DENR, which for me, has many shortcomings.)

Tulfo earlier alleged that some DENR officials are conspiring with illegal miners.

READ: Tulfo calls for lifestyle check on DENR execs: I have proof vs erring officials

(So P2 billion should be reduced from DENR and transferred to National Children’s Hospital, which desperately needs help because the innocent angels are there and they need that money.)

Photos of the hospital, including ones showing smashed windows and crowded rooms, were shown as Tulfo spoke.

Because of a lack of manpower, Tulfo said some patients must wait three years to get a therapist.

(Three years, that’s one entire cycle of Congress. So a patient must wait for 3 years before receiving therapy  in the National Children’s Hospital.)

He also said that the hospital’s treatment room is cramped, so parents are told to continue their children’s therapy at home instead of bringing them in twice or thrice weekly.

(If you see that, that’s just almost half of our public CR in the Senate.)

Tulfo claimed that the hospital’s facilities are inadequate in addition to its staffing problems.

(The building is dilapidated. They use plywood to cover the broken windows. Dust, smoke, and mosquitoes can enter the room without ventilation. Instead of getting better, the children could become sicker.)

The senator then called on his colleagues to support his advocacy by providing a supplemental budget to NCH.