1 dead, 2 hurt as van skids off the road in Palawan | Inquirer News

1 dead, 2 hurt as van skids off the road in Palawan 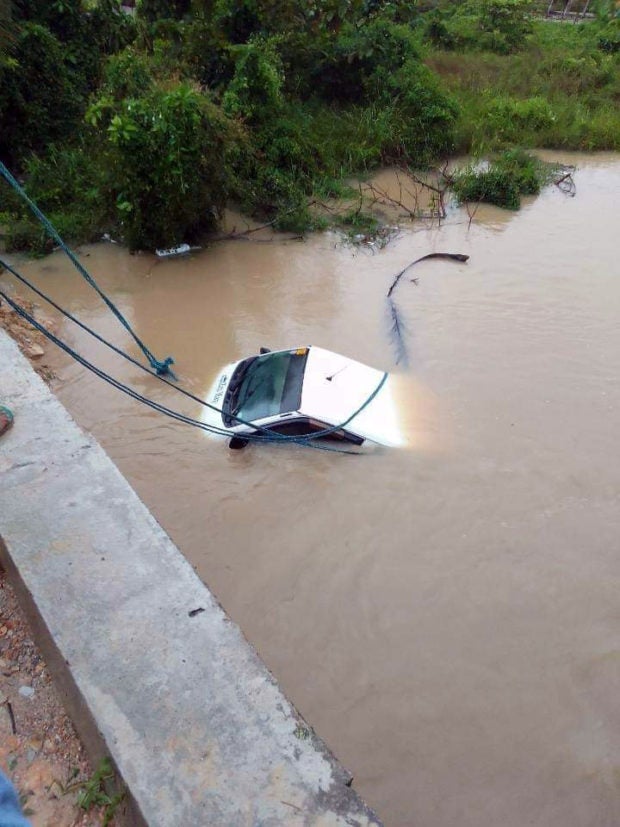 A van plunged into a swamp after it skidded off the road at Barangay Tagumpay in Roxas town, Palawan province on Nov. 20, leaving one dead and two others injured. (Contributed)

PUERTO PRINCESA CITY — One died, while two others, including a French national, were injured Saturday, Nov. 20, when their shuttle van skidded off the road in Barangay Tagumpay, Roxas town, north of Palawan province.

A report from the Roxas Municipal Police Station identified the dead as Joseph Tingson, 56, the driver.

Initial investigation said the van was on its way to this city from El Nido town when the incident happened around 1 p.m.

The police said the road was slippery due to heavy rains, which caused the driver to lose control of the van and overshoot the road, falling into a swamp.

The victims were brought to a hospital in Roxas, where a physician declared the driver dead on arrival. INQ