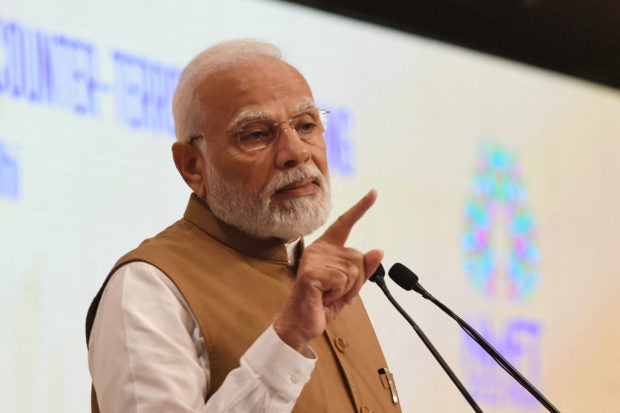 India has labored to rein in cryptocurrency transactions after years of phenomenal growth, backed by burgeoning local trading platforms and glitzy celebrity endorsements.

Modi last year said that bitcoin presented a risk to younger generations and could “spoil our youth” if it ended up “in the wrong hands.”

On Friday, he went further and told delegates at the Conference on Countering Financing of Terrorism that “private currencies” posed a grave security risk.

“New kinds of technology are being used for terror funding and recruitment. Challenges from the dark net, private currencies and more are emerging,” Modi said.

“There is a need for a uniform understanding for new finance technologies,” he added.

“From a uniform understanding, a unified system of checks and balances and regulation can emerge.”

Delegates from dozens of countries are in the capital New Delhi for the two-day conference, which follows a special session of the UN’s Counter Terrorism Committee held in India last month.

Cryptocurrencies have been under the scrutiny of Indian regulators since first entering the local market nearly a decade ago, with a surge in fraudulent transactions leading to a central bank ban in 2018.

India’s Supreme Court lifted the restrictions two years later and the market surged, growing by nearly 650 percent in the year to June 2021 – second only to Vietnam, according to research by Chainalysis.

The government also proposed banning “all private cryptocurrencies”, but ultimately held back and later taxed profits from “private currencies” at 30 percent.

Globally, the crypto market has been thrown into upheaval by this month’s collapse of FTX, a major exchange used for digital transactions.

READ: What’s next in FTX’s bankruptcy

Once valued at $32 billion, FTX filed for bankruptcy last week.

FTX creditors may number over 1 million as regulators seek answers