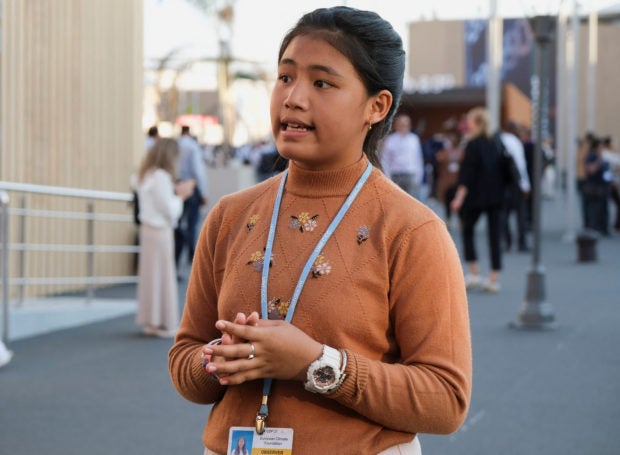 Licypriya Kangujam, 11, environmentalist and climate activist, founder of The Child Movement, speaks to Reuters during an interview at the COP27 climate summit in Red Sea resort at Sharm el-Sheikh, Egypt, November 15, 2022. REUTERS/Emilie Madi

SHARM EL-SHEIKH, Egypt — Eleven-year-old Indian climate activist Licypriya Kangujam’s dogged questioning of Britain’s climate minister Zac Goldsmith about the fate of climate activists detained in his country was one of the most striking moments in the COP27 global warming talks so far.

“We need to hold lawmakers accountable for their political decisions,” she later told Reuters.

Among the throngs of men and women in business attire at the COP27 United Nations climate summit in Egypt this week are children who have traveled from around the world to demand adult leaders take action to protect their futures. They may be small, but their voices have been some of the loudest in the climate action movement.

“Many children are going to lose their beautiful futures,” Kangujam said. “My generation is already the victims of the climate crisis. I don’t want more future generations to face the same consequences.”

Footage showed Goldsmith smiling incredulously when she told him her age, and then walking away, pursued persistently by the young activist until he found an exit from the conference building.

Kangujam was born in 2011, two years after richer countries first agreed plans to channel up to $100 billion a year to poorer nations by 2020. That target, like several others, has slipped during her lifetime and will not be met until next year.

Countries like India have suffered in the interim. In 2018 and 2019, the state of Odisha, where Kangujam lived, was devastated by climate-fueled cyclones Titli and Fani.

Shortly after, Kangujam moved to New Delhi where her “life was completely messed up due to the high air pollution level and heatwave crisis,” she said.

Thunberg stayed away from the Sharm el-Sheikh talks which she described as an opportunity for “greenwashing, lying and cheating” by the powerful. 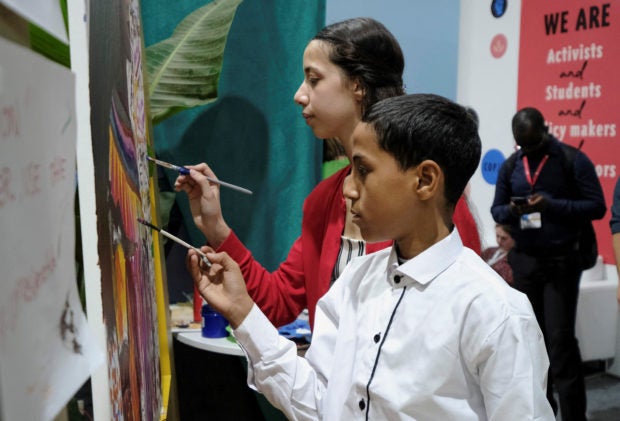 Kangujam isn’t the only child at COP27 with the hope that delegates at the 27th annual U.N. summit, aimed at confronting global warming, will recognize the struggles of Generations Z and Alpha, those born from 1996 to 2024.

Organizers of the summit say children have been given greater importance, with a designated youth envoy and a pavilion for children and youth at the conference.

Mustafa, a 12-year-old boy from the Upper Egyptian city of Minya on the western bank of the Nile River, came to COP27 with non-profit Save the Children to share his experience.

“We have very heavy rain in the village during winter,” he said. Streets turn to muddy rivers and power outages blanket the town in darkness. Often, he said, he struggles to get to school.

A survey of 54,000 kids by Save the Children in October showed that 83% of children across 15 countries said they could see the impacts of climate change, inequality, or both.

“I see that climate change impacts education. Whenever something like this happens, we don’t go to school. We can’t even study due to the power cuts,” he said.

For others, heat poses a greater threat. Mariam, a 16-year-old girl from Cairo, told Reuters that she struggled with heat exhaustion during the summer when temperatures now routinely climb near 40 degrees Celisus.

“I’m always tired and dizzy,” she said. “Sometimes I couldn’t go to school and I skipped many important classes.

Both Mustafa and Mariam said they wanted world leaders to listen to children and take action.