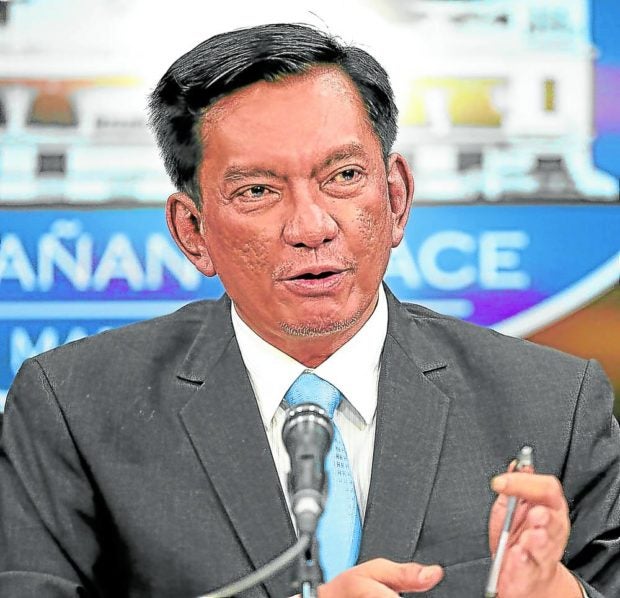 MANILA, Philippines — The new Bureau of Internal Revenue (BIR) head will be facing tough challenges ahead, as the House of Representatives Committee on ways and means chairperson stressed the need for the country’s tax collection agency to modernize and adapt at the same time.

In a statement on Wednesday, committee chair and Albay 2nd District Rep. Joey Salceda said that newly appointed BIR Commissioner Romeo Lumagui Jr. should be ready for challenges, like ensuring that collection is sufficient and efficient, which is crucial to attaining the administration’s Medium Term Fiscal Framework (MTFF).

“Commissioner Lumagui will be inheriting a BIR with a tall order – maximize government revenue collection efficiency, amid serious challenges to economic growth and tax effort. The [MTFF] of the Marcos administration assumes a 0.3 percentage point annual improvement in tax effort, for six successive years, something that has never been achieved in recent history,” Salceda said.

To ensure that the BIR collects the tax properly and sustains growth over the years, Salceda said that the agency should be modernized and adapted to a new sophisticated financial system with the advent of highly digitalized transactions.

“He will have to modernize an agency while the tax base is at risk of erosion due to structural transformations in the economy. The increasing digitalization of trade in goods will make our consumption taxes harder to collect unless the BIR successfully strengthens its collection efforts in the digital economy. The increasing trade in digital services is a significant new area of taxation,” he said.

“He will have to make the BIR more capable of taxing an increasingly more sophisticated financial system and more mobile capital in a more global economy. Where companies have more multinational relationships, he will have to capacitate the BIR to become capable of fighting base erosion and profit shifting strategies,” he added.

On Tuesday, it was announced by the Office of the Press Secretary that Lumagui, a tax lawyer who was deputy commissioner of the BIR, was appointed by President Ferdinand Marcos Jr. to succeed former Commissioner Lilia Guillermo.

It is unclear why Guillermo, who was picked by Marcos also, was removed from her post.

Aside from the challenges, Salceda also said that lawmakers have already asked help from the BIR to aid the Bangsamoro Transition Authority craft a revenue office in the Bangsamoro Autonomous Region in Muslim Mindanao so that revenue generation and projects would be maximized.

“I came from a high-level meeting between the Philippine Congress and the Bangsamoro Parliament, and there is work to be done helping the Bangsamoro government set up its revenue office. This will maximize their ability to generate their own resources, helping [them] realize the economic potential of greater autonomy. I expect the BIR to lend a hand in that effort, as well,” Salceda said.

“Any BIR commissioner will find himself confronted by one of the most challenging assignments in this government. I thank former Commissioner Lilia Guillermo for her service, and I wish Commissioner Lumagui the best. I assure him that the Committee on Ways and Means will remain collaborative with the BIR,” he added. With reports from Trisha Manalaysay, trainee