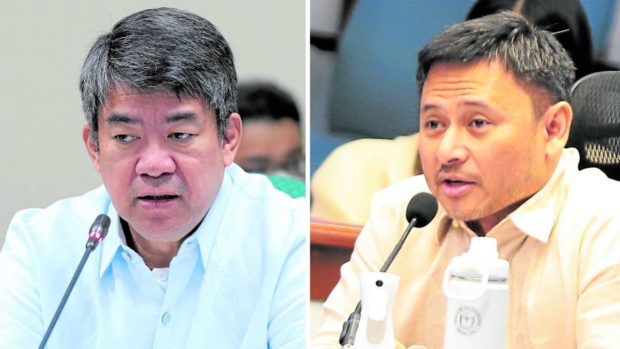 MANILA, Philippines — The Department of the Interior and Local GovernmentΩΩx (DILG) has more than P1 billion in its proposed 2023 budget of P252.58 billion just to “assess and evaluate” the government’s community programs, including the anti-insurgency campaign of its anti-communist task force, senators learned on Tuesday.

“This really shocked me,” he said, citing the P400 million given for that task for this year, plus the P1.084 billion for “the same task” next year, despite the NTF-Elcac being repeatedly called out for its failure to account for the billions that it has received over the past three years.

The P1.084 billion is lodged in the proposed budget of the Philippine National Police, which is under the supervision of the DILG, to “cover and monitor activities meant to address the root causes of insurgency,” said Sen. Sonny Angara, Senate finance chair, who was defending the DILG budget.

Pimentel said the amount was being allotted to the DILG for anti-insurgency programs even if it was not tasked with identifying villages “cleared” of rebel influence or control, which would receive funding and would not undertake the distribution of the cash aid.

“We hope the secretary (of DILG) was listening so they will know that they are being given this huge funding, which does not even involve the giving of cash aid to cleared barangays, nor the identification of the cleared barangays … but just evaluating (the activities),” he said.

He was dismayed that such an amount was being given for making assessments and evaluations while many other agencies were begging for funds just to sustain their operations.

Pimentel cited, as an example, the Philippine Postal Corp. which, he said, needed P400 million “to save our postal system.”

With the DILG budget deemed submitted, the Senate minority can propose changes to the funding items during the period of amendments, but this will have to get the support of at least the majority of the 24 senators.

Congress leaders have said they hope to pass the national budget by next month.

According to Angara, the P1.084-billion fund is separate from the P10 billion that was earmarked for the NTF-Elcac, through the Assistance to Local Government Units (Algu) lodged in the Department of Budget and Management (DBM).

He said the DILG funding includes the monitoring of the implementation of the Support to Barangay Development Program (BDP) under the NTF-Elcac.

The BDP includes projects and activities intended to develop communities that were once mired in conflict due to the communist insurgency.

Angara said funds for the programs and activities of the NTF-Elcac were “scattered among several agencies to implement and coordinate” the government’s anti-insurgency campaign.

It is the Armed Forces of the Philippines that declares which barangays are classified as “cleared” and are entitled to get funding support of P20 million, while the DBM releases the amounts to barangays concerned, Angara said.

He said the PNP is responsible for conducting “counter-mobilization” activities, law enforcement, capacity building and “situational awareness,” monitoring and other activities.

During Tuesday’s budget deliberation, Pimentel again took a swipe at confidential and intelligence funds (CIF), whose amounts he had questioned, especially those allocated for the Department of Education and the Office of the Vice President, both under Vice President Sara Duterte.

This time, he focused on the combined P1.3 billion CIF of the Philippine Drug Enforcement Agency (PDEA) and the PNP, whose confidential and intelligence funds, he said, did not prevent a misencounter between their officers that killed four people near Gotesco Mall in Quezon City in a botched drug buy-bust operation last year.

“With your combined billions, and then that’s the drama you play out before the Filipino people? Putting their lives at risk, not knowing what was happening, causing people to be traumatized?” he said.

For 2023, the PNP will get P806 million in intelligence funds and the PDEA will have P500 million in confidential funds.

In 2018, six police officers were killed and nine others were wounded when soldiers on patrol mistook them for communist guerrillas in the hinterlands of Sta. Rita town in Samar province.

Angara agreed that the PNP and the PDEA needed to improve their intelligence-sharing.

He added that while a formal investigation was carried out by the National Bureau of Investigation on the Gotesco shootout, a formal report has yet to be released.