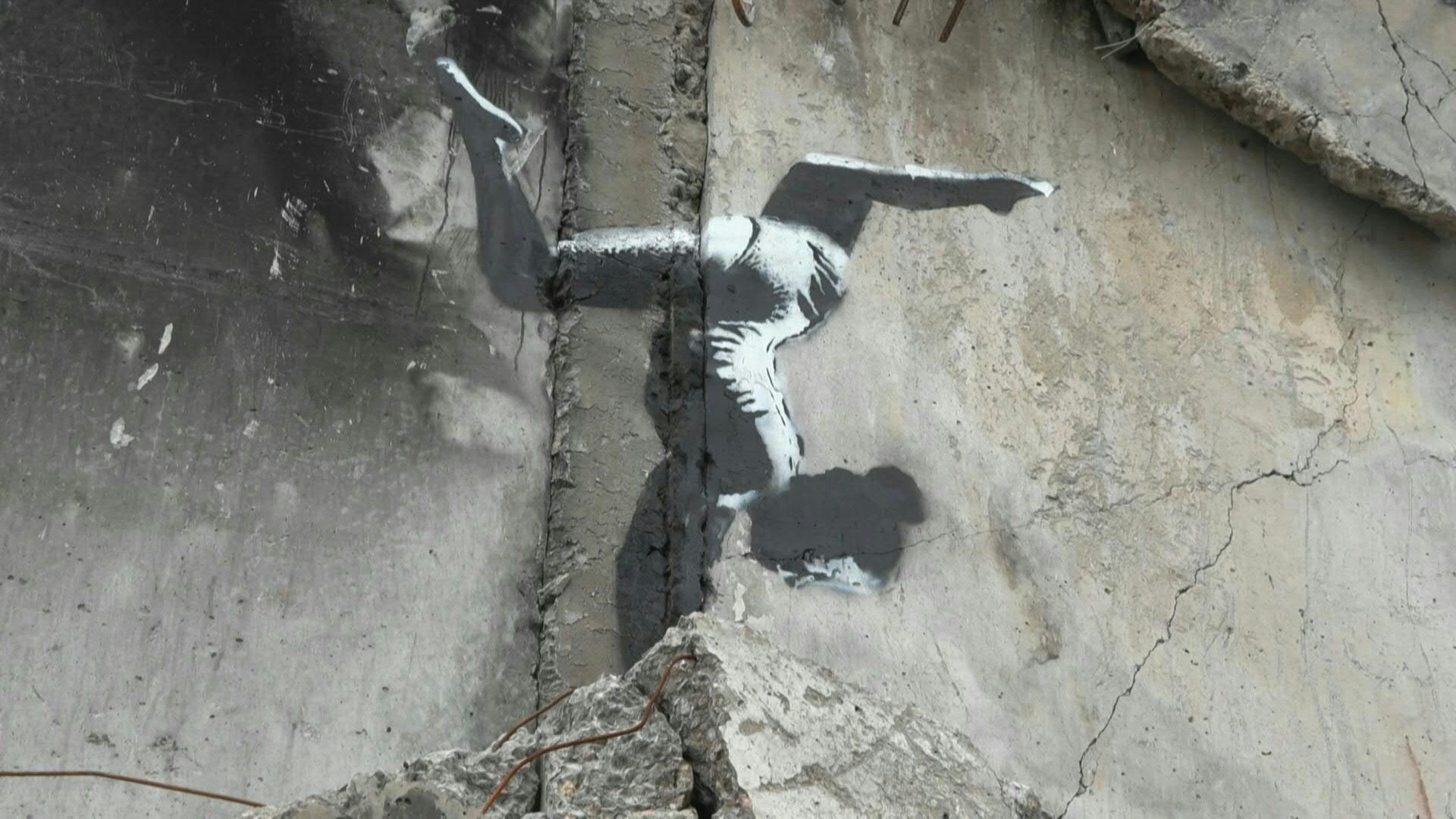 Banksy, the elusive British street artist, has adorned a bombed-out building in Borodyanka, on the outskirts of Kyiv, with a mural, attracting people from all around, many coming with children. The latest piece appeared on the artist’s Instagram on Friday night, as he posted three images of the work – an image of a girl performing a handstand – with the caption “Borodyanka, Ukraine.” (Agence France-Presse)

BORODYANKA, Ukraine  — Renowned graffiti artist Banksy unveiled a work in the Ukrainian town of Borodyanka, which had been occupied by Russia until April and heavily damaged by fighting in the early days of Moscow’s invasion of its neighbor.

Banksy posted a photo of the mural – a girl gymnast performing a handstand on a small pile of concrete rubble – on Instagram late on Friday. The work was painted onto the wall of a building destroyed by shelling.

At least one other piece of new graffiti in Banksy’s signature style, although not posted by the mercurial artist on social media, was spotted in Borodyanka, portraying a man being flipped in judo by a much smaller child.

The symbolism of that piece was unmistakable: an allusion to the biblical story of David and Goliath, the unlikely triumph of the underdog, as well as a nod to Russian President Vladimir Putin’s much-publicized love of the Japanese martial art.

Several curious onlookers came to see the artwork, some of whom had made the 60 km drive from Ukraine’s capital city, Kyiv.

“This is such a historic moment for our country, that people like Banksy and other famous figures are coming here and showing the world what Russia has done to us,” said one of the visiting Kyivans, 31-year-old Alina Mazur.