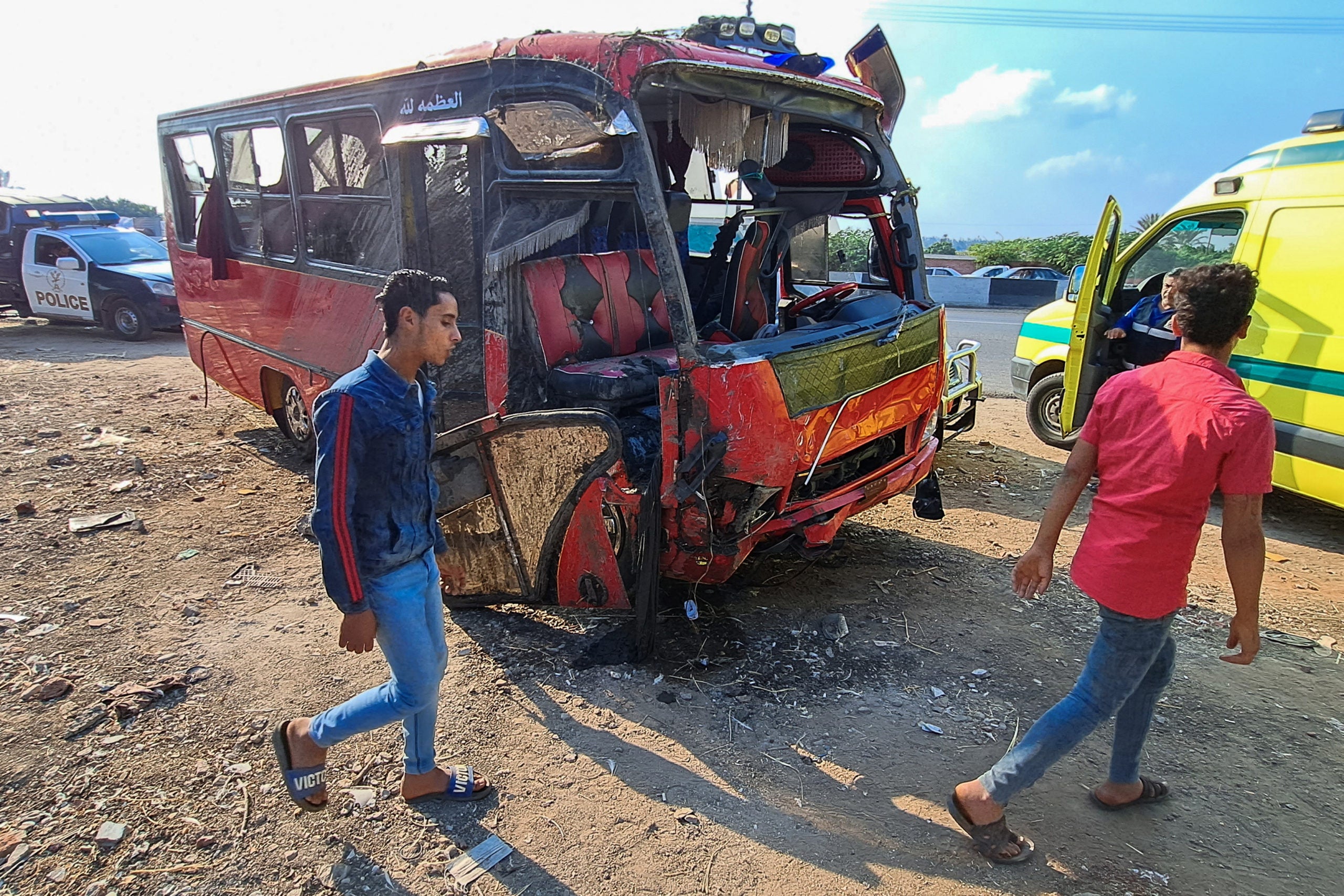 People walk past a damaged minibus that was pulled out of a water canal following a crash in al-Dayris village near the Nile Delta city of Mansoura in the Dakahlia Governorate, some 120 km north of the capital, on November 12, 2022.  (Photo by Khaled DESOUKI / AFP)

CAIRO, Egypt — At least 19 people were killed and six injured Saturday when the minibus they were travelling in overturned in northern Egypt’s Nile Delta, the health ministry said.

The minibus tumbled into a canal in Dakahlia province, the ministry said.

It was badly damaged and its windows were shattered, according to an AFP photographer at the scene.

Police have cordoned off the site as a crowd gathered to watch the rescue efforts, the photographer said.

Egyptian media outlets reported the accident was caused by a malfunctioning steering wheel, without elaborating.

Traffic accidents are common in Egypt where roads are often poorly maintained and driving rules flouted.

In 2021, around 7,000 people were killed on the roads of the Arab world’s most populous country, according to official figures.

In July, 25 people died and 35 were injured in central Egypt when a bus crashed into a truck parked on the side of the road.

Your subscription could not be saved. Please try again.
Your subscription has been successful.
Read Next
12 wells in Bacolod City closed for chlorination to curb spread of cholera
EDITORS' PICK
Omega Speedmaster super racing: Tiny device massive change
Fuel price rollback expected on Feb 7
House energy committee chair Arroyo bats for cheap electricity
Philippine-United States alliance ‘rock solid’ — DFA
Makabayan bloc blasts bid to expand US access to more military bases in PH
vivo Philippines offers a free bouquet of flowers and a premium necklace perfect for Valentine’s Day
MOST READ
Vice Ganda gets called out for ‘unfair treatment’ of ‘It’s Showtime’ co-host Karylle
Fuel price rollback expected on Feb 7
Kris Aquino gets ‘renewed confidence’ after consultation with new doctor: ‘I have a strong chance of getting better’
Search still on for cadet who fell overboard — PCG
Don't miss out on the latest news and information.