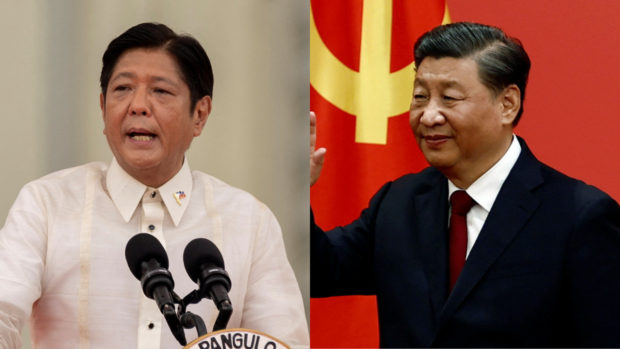 Malacañang made the announcement as Mr. Marcos was attending the Association of the South East Asian Nations’ (Asean) summit with China on Friday afternoon here.

In his intervention during the 25th Asean China Summit, Mr. Marcos pushed for the early conclusion of the Code of Conduct (COC) in the South China Sea as an “example of how states manage their differences.”Schedule confirmed

“[Mr. Marcos] has accepted the invitation of President Xi Jinping and the People’s Republic of China to visit China on a state visit on Jan. 3 to 5 or 6,” Press Undersecretary Cheloy Garafil said in a statement sent to reporters here.

She added that the Chinese government “has since confirmed that schedule for the state visit.”

Since assuming office, the President has opted a “friend to all, enemy to none” foreign policy that allowed his administration to be on good standing with traditional and nontraditional allies.

This is amid the Philippines’ claims on parts of the South China Sea, where China has aggressively expanded its outposts.

Mr. Marcos is expected to push for Manila’s position on the territorial dispute during the Asean-China Summit on Friday afternoon.

In an earlier interview with reporters while on the flight to Cambodia, the President lamented the slow progress in completing a Code of Conduct on the South China Sea between the Asean and China.

Malacañang said the immediate completion of the COC “becomes more relevant as nations mark 40 and 20 years of the United Nations Convention on the Law of the Sea (UNCLOS) and the Declaration on the Conduct of Parties in the South China Sea, respectively.”

“It shall be an example of how states manage their differences: through reason and through right. I, therefore, welcome the progress on textual negotiations on the COC this past year and hopefully an approved code of conduct in the very near future,” the President said during the Asean China Summit.

China was represented by Chinese prime minister Li Keqiang during the summit.

In addition, Mr. Marcos maintained that it is vital that the UNCLOS “continues to be upheld as the universal framework in oceans and sea activities.” INQ

Marcos accepts China’s invite for a state visit on January 3, 5-6