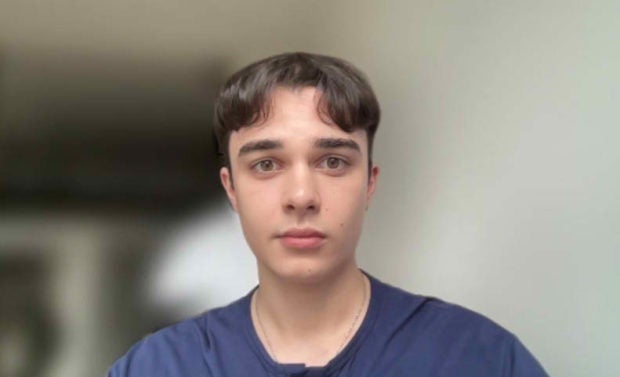 He had come to Seoul with the friends to celebrate Halloween after hearing about how popular the day is in the city’s hip district of Itaewon through TikToks and the popular Korean TV series “Itaewon Class.”

What began as a fun night unfolded unexpectedly. Caught in a crowd, he was hit by a wave of pressure that led people to fall on top of each other and block an entire alleyway.

“At that point in time we all got a little bit separated. Obviously you would think we would see each other in another minute or so but that obviously never happened,” he told The Korea Herald.

“There is no way anyone goes out to such a popular event that’s known not just in Korea but worldwide and thinking, ‘I might possibly die tonight.’”

Taverniti has been outspoken about the role of S. Korean government behind the disaster which claimed 156 lives, calling for accountability through his TikToks and media appearances.

“Their deaths never had to happen. There are not many people speaking about the situation that saw everything unfold. The only reason why I have been doing any interviews is so that the government doesn’t brush this under the rug and move on with their lives.”

Following the incident, transcripts of emergency calls made to police were released, some of them hours before the crowd crush. President Yoon Suk-yeol has said he was “apologetic and sorry” to the country. Interior Minister and Safety Lee Sang-min has apologized for his remark downplaying the role of police. Yoon Hee-keun, commissioner-general of the National Police Agency, also said he “feels responsible.” No senior officials in government has yet offered to resign over the Itaewon tragedy.

But Taverniti stressed what is important is not “just an apology” but an “acceptance of fault” from government or planning officials.

“I think that it’s important to not just have an apology but a proper acknowledgement that there was inappropriate, wrong levels of planning and resource allocation for that Halloween night.”

As an eyewitness and a survivor, he said he knew the handling of the situation was “incredibly wrong” even before evidence emerged.

“I waited there while my friends were still caught for over an hour and a half before proper police and emergency services arrived.

“If there is such a large event going on, there should be plans and precautions in place for anything that could happen,” he said while praising those who came to the scene that night for their job with the resources allocated to them.

Recalling the night, he also remembers seeing little traffic and crowd control. He and his friends took a taxi but had to get off one subway station away due to traffic on the road.

“Traffic and crowd control is also quite important because not only was the emergency service not able to get there because there was no one managing the road. There was also nobody managing traffic flow from the station or any of the streets.

He pointed out that Global Village Festival which took place in Itaewon before the tragedy had blocked off roads for crowd and traffic control.

“I’m not sure why something like that was not done for (Halloween).”