Bill to protect heterosexuals filed; LGBTQIA+ group calls it 'a joke of a law' | Inquirer News

Bill to protect heterosexuals filed; LGBTQIA+ group calls it ‘a joke of a law’ 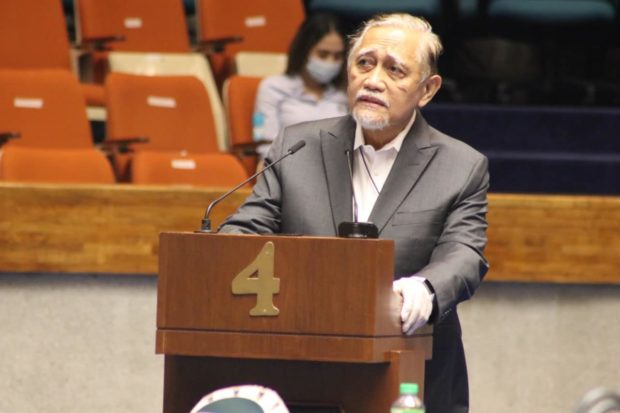 MANILA, Philippines – Manila 6th District Rep. Bienvenido Abante Jr. has filed a bill that aims to recognize, define, and protect the rights of heterosexuals. But for an LGBTQIA+ rights advocacy group, it would be a “joke of a law.”

In House Bill No. 5717, Abante proposed the following rights of heterosexuals that must be granted and protected:

The proposed legislation likewise deems these acts as prohibited:

“If the offender is a public official, he or she shall, in addition to the foregoing penalties be dismissed from employment, shall be perpetually disqualified from holding any public office, and all his monetary benefits shall be forfeited in favor of the government,” the bill also states.

‘In the spirit of justice, equity, fair play’

Abante said in his bill’s explanatory note that the community of lesbians, gays, bisexuals, transgenders, queers and intersex (LGBTQI+) “are clamoring for ‘legislated rights’ and ‘state protection’ tailored for their specific kind and class, all in contravention to God’s law of creation and procreation and in utter defiance to His statutes and commandments, and the principles and standards of proper conduct and righteous living that He set for an orderly and morally upright society.”

And so he argued that if granting and protecting the rights of the LGBTQI+ community is being sought then, “in the spirit of justice, equity and fair play, we must also ‘grant and/or protect’ rights to heterosexuals who are the actual and direct creations of God, as the Bible says.”

But Reyna Valmores, chairperson of Bahaghari, slammed this proposed law, saying “it has been clearly drafted as a mockery of those advocating for gender equality.”

“The ‘Heterosexual Act’ is a joke of a law,” she said in a statement on Wednesday. “It is a waste of resources, space, and precious time better spent affirmatively addressing actual concerns of Filipinos facing discrimination and violence.”

Valmores also pointed out that the Sexual Orientation, Gender Identity, Gender Expression and Sex Characteristics Bill “seeks equality among all Filipinos regardless of their sexual orientation, gender identity, and gender expression, by uplifting those who are too often discriminated against.”

“The reality is, it is overwhelmingly women and LGBTQIA+ persons who are persecuted in a patriarchal, macho society like ours. Kaya wala pong pakinabang ang isang batas na ‘for heterosexuals’ given that heterosexual o straight ang matagal nang tinitingnan bilang ‘normal’,” she added.

Read Next
Pimentel questions need to certify budget bill as urgent
EDITORS' PICK
Lawmakers eyeing more changes in Maharlika plan
How not to retire as an ex-president
Hidilyn Diaz wins only gold missing from her collection
Shop smarter with vivo’s big 12.12 holiday deals
The vivo Y02 is now available in the Philippines for only PHP 5,299
House energy committee chair Arroyo bats for cheap electricity
MOST READ
Don't miss out on the latest news and information.