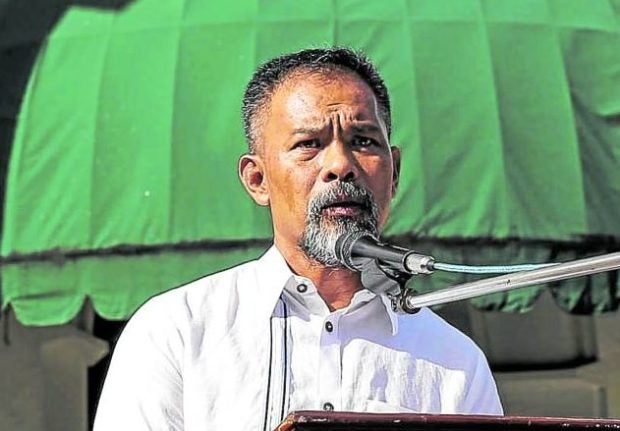 MANILA, Philippines – Authorities urged suspended Bureau of Corrections (BuCor) director general Gerald Bantag and BuCor deputy security officer Ricardo Zulueta to surrender after murder complaints were filed against them and several others on Monday for the death of Percival “Percy Lapid” Mabasa, and the alleged middleman in the case.

In a news conference on Monday, authorities named Bantag as the “mastermind” who gave the order to kill Mabasa and the supposed middleman Cristito Palaña, earlier referred to as Crisanto or Jun Villamor.

Meanwhile, Zulueta was tagged as the person who had purportedly relayed the instructions to the people who had committed the hit jobs.

“I’d like to ask Zulueta and Bantag to surrender and face the charges. If they are innocent, the law will uphold them. If they are guilty then they would have to face the consequences,” Justice Secretary Jesus Crispin “Boying” Remulla said in a news conference.

Zulueta, he said, had already gone into hiding for about four or five days.

“I’m pleading to Zulueta to just surrender right now, just like the gunman who surrendered as he thought his life was put in danger, and I’m asking everyone who’s watching right now, who could give any information to the whereabouts of Zulueta. Napaka-importante niya po rito [He’s important to this case],” he added, speaking in a mix of English and Filipino.

The murder complaints against Bantag, Zulueta, and other inmates or persons deprived of liberty tagged in the murder of Mabasa and Palaña were filed by the National Bureau of Investigation and the Philippine National Police (PNP) before the Office of the Prosecutor General of the Department of Justice.

Bantag, appointed as BuCor chief by former President Rodrigo Duterte, was among the 160 persons of interest earlier named by the PNP in the Mabasa slay case.

Confessed hitman Joel Escorial later revealed that a certain “Bantag” had given the order to gun down Mabasa. But Bantag has since denied his involvement in the radioman-vlogger’s assassination, noting that he has nothing to gain from doing so. – With reports from Kristelle Razon, trainee

Prison deaths high under Bantag, some found with ‘criminal intent’