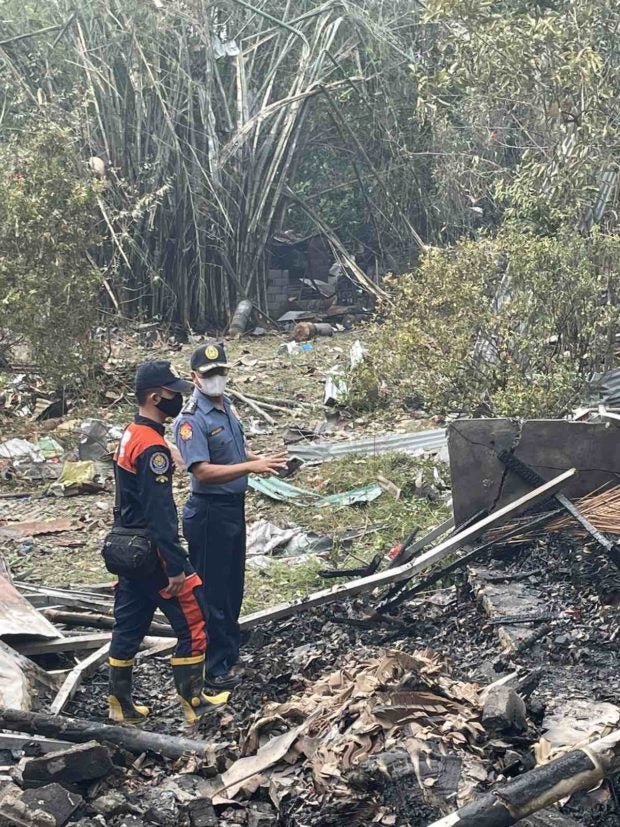 Materials for making firecrackers were destroyed and found scattered in the backyard of a house in Barangay Pulong Buhangin, Sta. Maria town, Bulacan province, after a series of explosions on Nov. 3 that left eight people injured. The backyard operation was illegal, according to the authorities. (Photo courtesy of Bulacan police office)

CITY OF MALOLOS, Bulacan — Three men allegedly engaged in illegally manufacturing firecrackers in Sta. Maria town were arrested recently after a clampdown on unlicensed makers in this province.

Arnedo said the three failed to present a permit to operate.

Seized from them were bundles and boxes of various kinds of firecrackers.

Arnedo said complaints of violating Republic Act 7183, or the law that regulates the sale, manufacture, distribution, and use of firecrackers and other pyrotechnic devices, had been filed against the suspects at the Bulacan Prosecutors Office.

Last week, a similar complaint was filed against the owner of another illegal factory of firecrackers in Sta. Maria, where an explosion left her and seven other people injured. INQ