'Everything' at stake in US midterms, Philadelphia Democrats say | Inquirer News

‘Everything’ at stake in US midterms, Philadelphia Democrats say 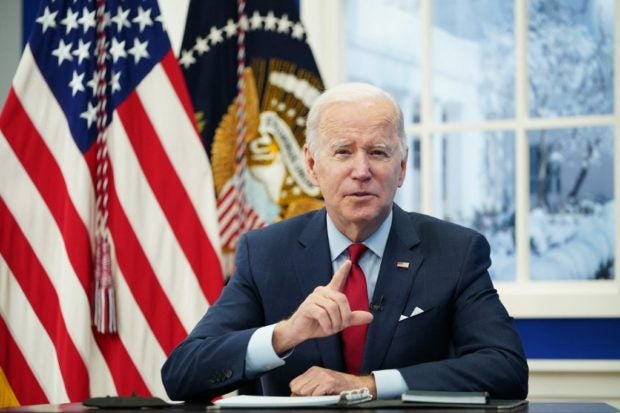 PHILADELPHIA – Therapist Jacqueline Smythe fears her rights as a woman will be on the line if Republicans win back control of the US Congress during Tuesday’s midterm election.

Three days before the vote, Smythe, 30, was gathered with thousands of other supporters of the Democratic Party of President Joe Biden at a rally in Philadelphia, where the Declaration of Independence was signed.

She voiced fears that her personal independence will be stripped back in the case of a Republican victory.

“We don’t have Roe v Wade anymore,” she told AFP, referring to the 1973 case enshrining the right to abortion in US law.

It was overturned by the Supreme Court earlier this year.

Smythe said it was “terrifying” to know that, should she become pregnant, “I don’t have the right to choose potentially, depending on how the election goes on Tuesday.”

The vote “means everything,” she said in the long line at the arena where Biden and his former boss, Barack Obama, were rallying supporters Saturday. “Everything is on the line.”

“The Republican Party is kind of turning almost into a dictatorship,” she said. “They are pointing fingers and saying, that’s gone, that’s gone. That’s gone.”

Smythe is not alone in her fears. In the stands, under huge American flags, 26-year-old Ashley Rubio is caught up in the music filling the arena — Daft Punk, Whitney Houston and Beyonce.

“It’s scary as a woman these days,” she says. “We thought we were past all that.”

Beyond abortion, she fears a challenge to insurance, ever a flashpoint in the US health care system — Democrats tend to favor more government support, while Republicans prefer it privatized.

In the battleground state of Pennsylvania, where Philadelphia is located, all eyes are on the vote for a Senate seat.

Currently Republicans and Democrats both hold 50 seats in the house — Vice President Kamala Harris, a Democrat, is the tie-breaking vote. That means that losing just one seat could lose Democrats control of the upper house of Congress.

In Pennsylvania the vote is on a knife-edge. Mehmet Oz, a famously slick TV doctor endorsed by former president Donald Trump, is running for Republicans.

Democratic hopes rest on John Fetterman, currently the state’s lieutenant governor who served as mayor of a small town hit hard by deindustrialization, and who is more often spotted in a trademark hoodie.

The race has tightened in favor of the Republican. Fetterman, 53, suffered a stroke in May which upended his campaign, and struggled at times during a recent televised debate with Oz.

“He was brave enough to appear. And you should get points to be courageous enough to do that,” says Michael Cooperman, a 54-year-old teacher with a white shirt and sunglasses on his nose.

He is nostalgic for Obama, who he says made an “impressive” speech in Philadelphia in 2006; and says Biden’s election after the Trump years was “a vote for the restoration of normalcy and decency.”

With the midterms usually seen as a referendum on the sitting president, which way America goes this time remains to be seen.