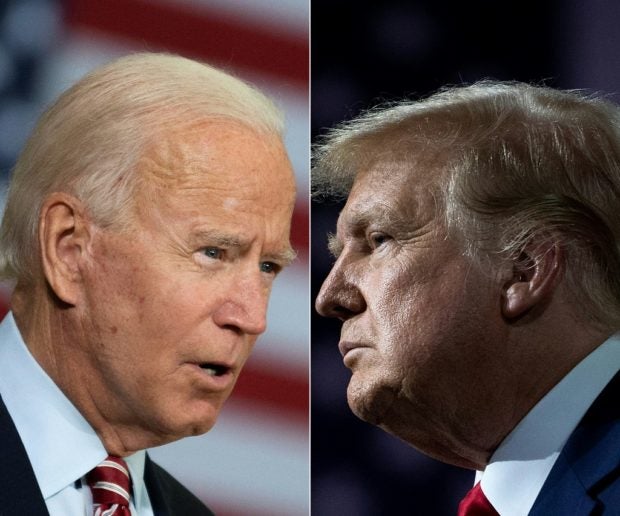 At a communications company in San Diego, Biden highlighted his successes in passing legislation to pour federal funding into semiconductors and other high-tech industries, as well as strong employment figures.

While acknowledging that voters were “struggling with inflation,” now at the highest rate in four decades, Biden focused on “the bright spots we’re seeing across the country.”

“Our best days are ahead of us, they’re not behind us,” he said.

Later, he told journalists he was “optimistic” and said “we’re going to win this time. I feel really good about our chances.”

However, polls show Republicans poised for potentially heavy victories in Tuesday’s congressional election, hoping to win control not only in the House of Representatives but the Senate.

That would turn the last two years of Biden’s first term into an almost certain maelstrom of political fighting and set the stage for a tense 2024 presidential election, with questions over whether Biden, who turns 80 this month, will want to run again.

Trump, who has championed a widespread, far-right conspiracy theory that he really beat Biden in 2020, sent his strongest signal so far that he’s planning a comeback bid.

According to a report in Axios on Friday, aides are firming up plans for a November 14 announcement.

That, however, is likely to depend on how well the right-wing candidates promoted by Trump do on Tuesday. Another factor in play is the threat hanging over Trump from an investigation into his hoarding of top secret documents at his Florida golf resort — and potential indictment on serious criminal charges.

For now, Republicans are confident they can at minimum get the one state they need to move the Senate from 50-50 to their own narrow majority, while expecting solid gains in the House of 12 to 25 seats, overcoming the Democrats’ current eight-member advantage.

The final weeks of the campaign have seen Republicans even looking beyond the country’s swing states to Democratic bastions that once seemed out of reach.

Strategists from both parties are seeing districts across New York, Oregon and Connecticut that went for Biden by double digits in 2020 coming back into play.

Hillary Clinton campaigned on Thursday in New York to boost the faltering fortunes of Governor Kathy Hochul while former president Barack Obama speaks in Pennsylvania Saturday. Biden himself was set to campaign in Democratic stronghold New York on Sunday.

The White House did get some good news Friday, with official figures for October showing the economy added 261,000 jobs and unemployment at low levels.

“I’ve got a plan to bring costs down, especially for health care, energy and other everyday expenses… The Republican plan is very different,” Biden said in a statement.

In another glimmer of hope for the Democrats, Oprah Winfrey endorsed Pennsylvania Senate candidate John Fetterman during a virtual get-out-the-vote event Thursday.

It was a notable snub of Fetterman’s Republican rival, celebrity surgeon Mehmet Oz, who rose to fame largely through appearances on Winfrey’s show.

But with the Republicans confident of flipping Georgia and Nevada, the Keystone State might not even be needed for a takeover of the Senate.