NPA only has around 1,800 firearms in its arsenal -- AFP chief | Inquirer News

NPA only has around 1,800 firearms in its arsenal — AFP chief 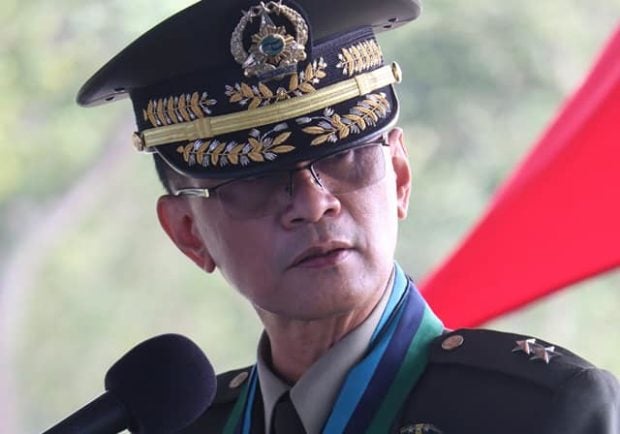 MANILA, Philippines — The communist New People’s Army has only around 1,800 firearms in its arsenal, Armed Forces of the Philippines (AFP) chief-of-staff Lt. Gen. Bartolome Bacarro said on Thursday.

“We have reduced their firearms to about 1,800,” Bacarro said in a press briefing.

Bacarro also reiterated that the NPA only has 2,112 forces, while the guerrilla fronts of the communist rebels have been reduced to 24 from 89.

He also added that of the 24 guerrilla fronts, 19 have already weakened.

“We foresee that these 19 guerilla fronts will be dismantled the soonest possible time, so we are left with only five guerrilla fronts right now,” he also added.

Every NPA guerrilla front should have at least three platoons with around 100 armed members, according to Senator Ronald dela Rosa.

Communist Party of the Philippines spokesperson Marco Valbuena had said that the NPA does not provide exact figures of its actual strength “as a way of keeping the enemy blind.”

The NPA has been waging one of the world’s longest-running communist insurgency. At its peak, it had 25,000 members in 1987, according to Philippine military estimates.