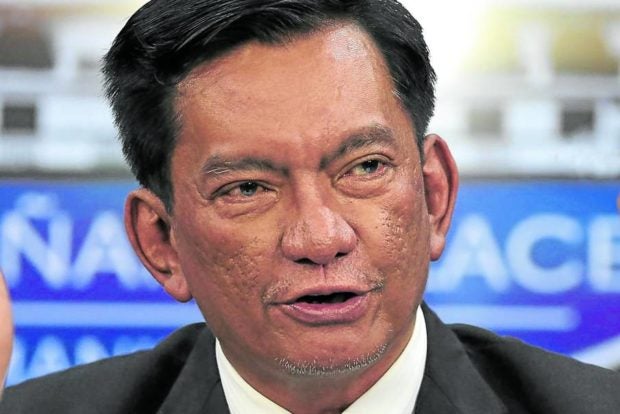 Salceda gave his word in response to an imminent ban on hiring Filipino seafarers in Europe.

In a statement on Thursday, Salceda said he wrote to European Ambassador Luc Veron to seek support from the EU for any initiative.

As the Philippines has consistently failed the European Maritime Safety Agency’s (Emsa) evaluation over the previous 16 years, 50,000 Filipino seafarers might lose their jobs and future deployment in Europe could be banned.

“In view of the EMSA audit for compliance with the International Convention on Standards of Training, Certification and Watchkeeping for Seafarers (STCW) this November, and in view of the urgency of keeping logistics secure during this turbulent period for the global economy, please be reassured of my full support for any initiative you may forward on the subject,” Salceda said in his letter to Veron.

“As a senior member of the Congressional leadership team, I would like to express my interest in working with the European Union’s delegation to the Philippines to forward the interests of both Filipino seafarers and European shipping and logistics on areas such as Filipino seafarer training,” he added.

Salceda heads the Philippine House of Representatives committee on ways and means.

He said Albay has several Filipino seamen who will lose their jobs.

In addition, they want to cooperate with local officials to improve maritime schools.

“I understand that the findings of the European Maritime Safety Agency (EMSA) over the past years put at risk the eligibility for employment of some 50,000 Filipino seafarers, many of whom are my constituents,” Salceda noted.

“Likewise, allow me to offer my district office’s interest in working with the European delegation on improving the training capabilities of maritime schools in Albay province, which I represent,” he added.

The repeated failure of the country to pass the Emsa assessment has prompted President Ferdinand Marcos Jr. to transfer seafarers’ training responsibilities from the Maritime Industry Authority (Marina) to:

Salceda further warned that seafarers deployed to EU nations are one of the country’s highest-earning overseas Filipino workers (OFWs), which means they also provide high revenues back to the Philippines.

“Europe-hired Pinoy seafarers are some of our highest earners. They account for some 50,000 very well-paid jobs. And we could lose a big number of those jobs if we fail the EMSA audit once again this November,” Salceda warned.

While Filipinos are preferred seafarers in the region, as employers have no problems with OFWs, the lawmaker stressed that the training aspect should not be taken for granted.

“Over the past few months, European marine industry has relied heavily on Filipino seafarers, who are culturally predisposed towards the West. They have very few problems with us culturally,” he said.“But we need to boost our training and take serious heed of the concerns of EMSA. We have been failing their audits for at least 16 years already.”

“(While) EU is unlikely to ban Pinoy seafarers from their flagged ships, some companies are doubtless going to take seriously the EMSA findings this year. And if the findings are too adverse, some of them might hesitate if not avoid hiring Filipinos. That will surely hurt jobs in the sector,” he added.

But this is not the first time that a lawmaker warned the government about the continuous failures in terms of Emsa findings. In March, Senator Joel Villanueva said that Marina has to ensure that the Philippines is compliant with the STCW — a treaty which ensures that the training provided for sailors is at par with global standards.