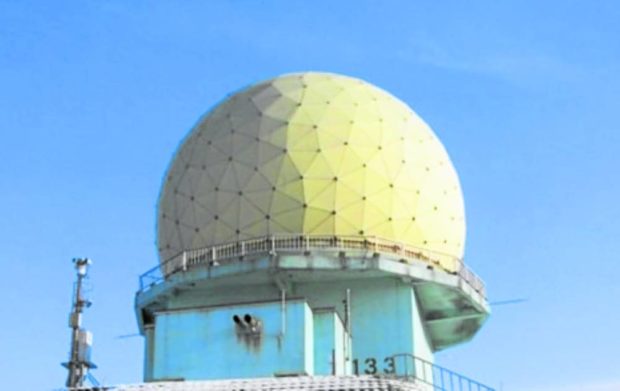 MANILA, Philippines — The Philippine Air Force (PAF) is set to receive in November the first batch of its P5.5-billion air defense radar system from Japan that would enhance the country’s surveillance of its territorial airspace.

The Japanese embassy in Manila said Tokyo has started the transfer of the first of four fixed and mobile air surveillance radars ordered by the Philippines from Mitsubishi Electric Co. The rest of the radar systems will be delivered in batches until 2024.

A pre-delivery inspection was completed in September and Japan Air Self-Defense Force (JASDF) trained the Air Force personnel on the radars in early October.

The airmen were elements of the 580th Aircraft Control and Warning Wing, which also participated in the 17-nation Pitch Black 2022 aerial exercise in Australia last month. The PAF unit manages the country’s radar network.

The Philippines and Japan signed a contract for three FPS-3ME fixed and one TPS-P14ME mobile surveillance systems for the PAF’s air surveillance radar system acquisition project in 2020, marking Tokyo’s first export of defense equipment after lifting a ban on such transfers in 2014.

The four Japanese radars will fill the gaps not covered by the three ELM-2288ER AD-STAR radars the country acquired from Israel. The Israeli radars comprise the country’s radar network.

The Israeli radars, costing P2.62 billion, were ordered under a government-to-government contract signed in December 2014, but deliveries were only completed in 2019 for an unspecified reason.

The new Japanese radars are expected to help detect, identify and correlate any threats and intrusions within the Philippine’s exclusive economic zone.“To contribute to upholding and reinforcing the Free and Open Indo-Pacific, the JASDF and the PAF will further promote defense cooperation. This forms part of ongoing efforts to strengthen the friendship between the two air services in various fields, in addition to defense exchanges pertaining to air surveillance,” the Japanese embassy said.