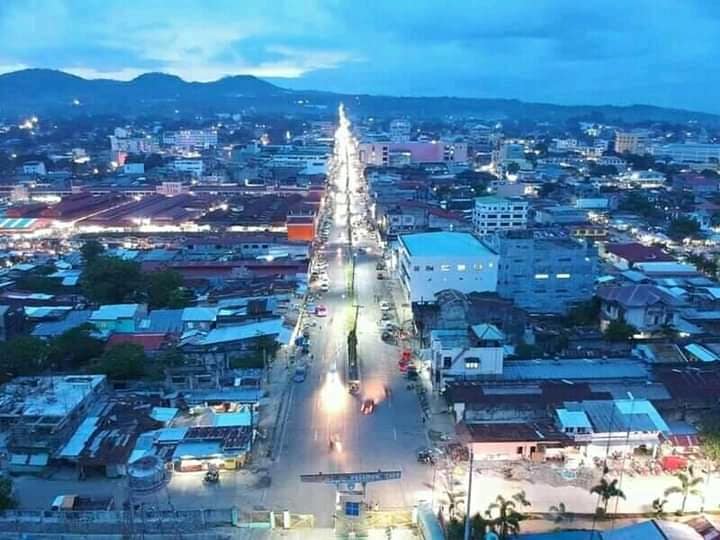 Streets begin to glitter and blend with the natural light in Pagadian City at dusk. Photo from Bright Channel-Pagadian

PAGADIAN CITY—The local government here has readied funds to bankroll a plebiscite on whether to make this capital of Zamboanga del Sur independent of the province.

Pagadian City Mayor Samuel Co told the Inquirer that the City Council has already appropriated P20 million for the political exercise which has yet to be scheduled by the Commission on Elections.

Given the availability of funds, Co said he is hopeful the poll body would set soonest the balloting day to ratify Proclamation No. 1247 issued last year by then President Rodrigo Duterte converting Pagadian into a highly urbanized city (HUC).

Co, the architect of the HUC push, said the conversion will allow the city to access more services and resources from the national government. For one, the personnel complement for the local police could increase four-fold, from the current 200 to about 900, he explained.

At the minimum, the Philippine National Police will be mandated to set up six police stations if Pagadian becomes HUC, Co said. “That will be a big boost to our peace and order campaign which, in turn, will help drive local business,” he added.

The city would also be in the higher order of priority for public investments, especially in strategic infrastructure, Co further said.

Yu explained that such an amount will spell enormous cuts in social service delivery for the rest of the province.

This is why Yu is proposing that the voters of the entire province should vote on the question of Pagadian’s HUC status.

While Co acknowledged the revenue loss for Zamboanga del Sur, he reasoned that the provincial government will no longer be obligated to spend for Pagadian.

Created as a municipality in 1937, Pagadian became capital of the newly created province of Zamboanga del Sur in 1952 when the then undivided Zamboanga province was split into two. It became a chartered city in 1969.

In 1990, Pagadian, also nicknamed Little Hong Kong due to its hilly topography, was designated as the new seat of the Zamboanga Peninsula region or western Mindanao.

Although controversy continues to brew with Zamboanga City on the regional center transfer until today, about 90 percent of national government offices have already relocated to Pagadian, according to Co, boosting the local economy and contributing to its growing population.