De Lima to Remulla: Your son is innocent til proven guilty, just like drug war victims 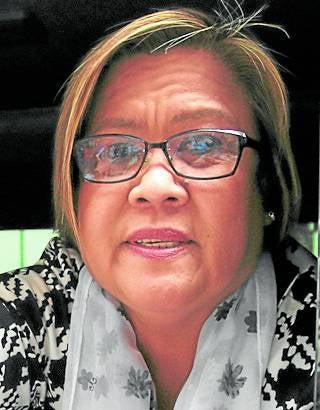 Clearly, a stark criticism of the Duterte administration’s brutal policy to deal with criminality and illegal narcotics was mirrored in De Lima’s message to Remulla.

“Like everyone else, whether he is the son of the Justice Secretary or not, Juanito Jose Remulla is presumed innocent until proven guilty. The same cardinal presumption is what should have been upheld for those who have been judged only too swiftly in the past administration’s drug war, and who were not given the chance to defend themselves before the courts,” de Lima said.

Former president Rodrigo Duterte’s war on drugs saw the deaths of at least 6,252 people towards the end of his term, according to the Philippine Drug Enforcement Agency. However, human rights groups like the Center for International Law believe drug war-related deaths could be as high as 30,000.

“Any justice system is only worth the faith we put in it. I hope it works for Sec. Remulla’s son, as I hope that it will also work for me, as well as for the thousand others who were condemned to death without trial during the past administration,” said de Lima.

De Lima, who also served as the Justice secretary under the late President Benigno Aquino III, praised Remulla for staying out of his son’s legal proceedings. However, she pleaded with Remulla to uphold justice in the Philippines.

“Sec. Remulla, for the sake of your son, for my sake, and the thousands killed whose families are still grieving, make justice work again in this country,” de Lima said.

The former senator has been detained for five years over drug charges. Many have called for her release, calling the charges fabricated.