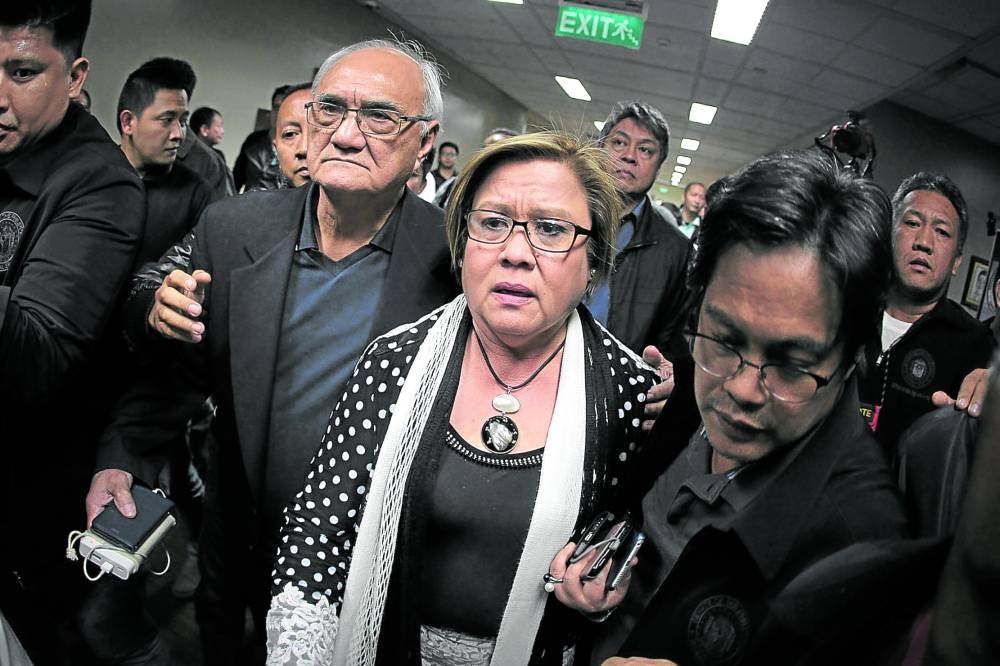 MANILA, Philippines — The old rooms that were used by Senators Jinggoy Estrada and Ramon Revilla Jr. at the Philippine National Police (PNP) Custodial Center in Camp Crame can be used by former senator Leila de Lima for her recovery from the hostage-taking incident last Sunday, Department of the Interior and Local Government (DILG) Secretary Benjamin Abalos Jr. said Wednesday.

Abalos at the Kapihan sa Manila Bay forum said he and President Ferdinand “Bongbong” Marcos Jr. are worried that De Lima might have been traumatized by the incident.

As of now, the rooms that were used by Estrada and Revilla when they were detained over cases related to the pork barrel issue are servings as quarters for members of the PNP’s Special Action Force (SAF).

(Her lawyer informed us last night that they are rethinking our offer for her to be transferred to another facility within the compound. They said they would look at the other facilities.  The concern of the President here is that she had a very traumatic experience. Even if the incident is now over, she might visualize it again while she’s inside her room.)

(So, to give her peace of mind that she is safe and that it would not happen again, there are other facilities available for her.  There are still two rooms there, one is the one used by Senator Jinggoy Estrada and the other by Senator Revilla.  We can have that cleaned and fixed because it is now quarters for the SAF.  We could offer those.)

De Lima was taken hostage by Feliciano Sulayao Jr., a detainee who tried to escape the detention facility.  After two of the hostage-taker’s companions were killed, Sulayo proceeded to De Lima’s room and took the former senator hostage at knife-point.

Police tried to negotiate but later shot the suspect dead.  De Lima is presently staying at the PNP General Hospital after complaining of chest pains.

Abalos said De Lima initially said she was fine staying at her room where the attack happened. However, her lawyers think the former senator made the remark hastily.

(I think they’re thinking about that because they said senator Leila initially said she was okay. It might have been just a quick answer.  Probably after thinking about things, they would visit the site.)

(So later I would talk with the PNP chief to show the rooms again, so we can fix the room she would choose.)

De Lima is currently detained at the PNP Custodial Center for drug-related charges.  The former senator, a staunch critic of the administration of former President Rodrigo Duterte, has claimed that she was detained for initiating probes on the Duterte administration’s war against illegal drugs.

After the hostage-taking incident, there were calls from De Lima’s supporters and other political allies to release her.