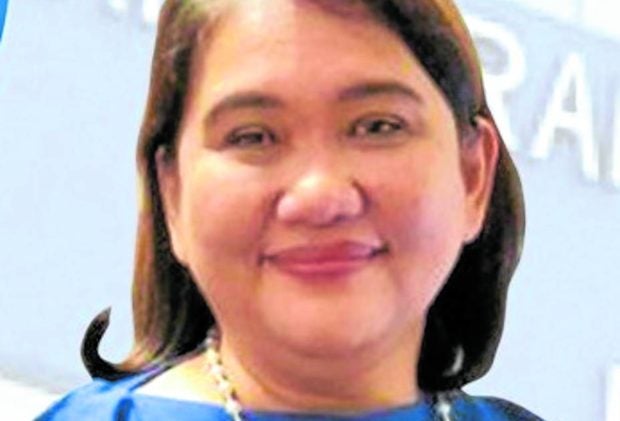 Cheloy Velicaria-Garafil, officer in charge of the Office of the Press Secretary (Photo from the LTFRB Facebook account)

MANILA, Philippines — Officials and employees in the Office of the President whose appointments were coterminous with the previous appointing authority have been authorized to serve until the end of the year.

This was after Executive Secretary Lucas Bersamin issued on Sept. 27 Memorandum Order No. 7 which extended their terms until Dec. 31 to “prevent any disruption in the delivery of government services.”

This is unless “their appointments are sooner revoked, resignations accepted, replacements appointed or reappointments issued,” according to the memo that was announced during a flag-raising ceremony at Malacañang on Monday.

Changes within the Office of Press Secretary (OPS), on the other hand, are forthcoming within the week as its officer in charge (OIC), Cheloy Garafil, takes over the Palace’s communications arm.

In an interview with reporters, the former chairperson of the Land Transportation Franchising and Regulatory Board said she was still gathering details about the OPS operations.

“Of course, there will be changes. But I’m still wrapping my head around the operations. We’re meeting formally just now on the operations of the OPS. But definitely, we’ll see some changes in the coming days,” Garafil said.

Her appointment came after the previous press secretary, Trixie Cruz Angeles, resigned from the post due to health reasons.

Angeles was among President Ferdinand Marcos Jr.’s Cabinet officials whose appointments were not renewed after her nomination was bypassed by the Commission on Appointments.

Garafil told reporters that it was not important to her whether she was the OIC or a full-fledged secretary. “What is important is the trust and confidence of the president. He gave me an opportunity to help in the OPS,” she said.

Bersamin, meanwhile, addressed Malacañang employees during the flag-raising ceremony, telling them to remain “true to your oaths of office” as civil servants.

“Public service becomes meaningless and empty if the public servant is not dedicated to this kind of intentional cognizance. We must endeavor to uphold the rule of law in every action that we take in the discharge of our duties and responsibility. Always bear in mind that we are undeserving of our positions if we cease to be just and lawful,” he said.

Bersamin also reminded them to serve and carry out their duties with “sincere compassion.”

“When we are compassionate, we must be sincere. We cannot serve the purpose of being compassionate if we have no sincerity in our hearts. With that message, let us all work sincerely with compassion,” he added.