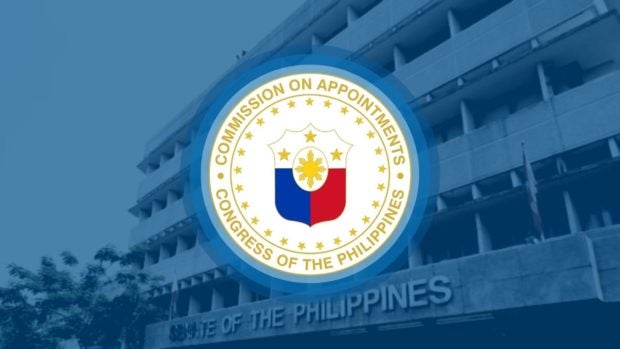 MANILA, Philippines — President Marcos will have to reappoint 14 members of his Cabinet after the Commission on Appointments (CA) was forced to bypass their nomination to attend to pressing legislation before Congress started its recess on Wednesday.

Among those whose appointments were left hanging were the heads of major departments like Benjamin Diokno of finance, Erwin Tulfo of social welfare and development, Manuel Bonoan of public works and highways, Raphael Lotilla of energy, Jaime Bautista of transportation, and Alfredo Pascual of trade and industry.

The powerful commission also bypassed the appointment of Susan Ople of the newly created Department of Migrant Workers, Ivan John Uy of information and communications technology, Renato Solidum Jr. of science and technology, Trixie Cruz-Angeles of the Office of the Press Secretary, and Jose Rizalino Acuzar of human settlements and urban development.

Senate President Juan Miguel Zubiri said it was no longer possible for the CA to approve the appointments of the Cabinet members for lack of time.

Congress will resume its session on Nov. 7.

The CA is a constitutional body chaired by the Senate President and composed of 12 senators and 12 House members with the power to approve or reject presidential appointments.

Other bypassed appointees include National Economic and Development Authority (Neda) chief Arsenio Balisacan, as well as Commissioner Nelson Celis of the Commission on Elections (Comelec), and Jose Calida, Commission on Audit (COA) chair.

“There was a lack of material time. We ended at the CA plenary at 5 p.m. which ate into our Senate session [that should have started] at 3 p.m.,” Zubiri said.

The CA could not proceed to confirm Tulfo and Bonoan on Wednesday, as the Senate needed to ratify bicameral conference reports on the SIM card registration bill and the postponement of the barangay and Sangguniang Kabataan elections.

“We cannot also sacrifice our work in the Senate,” Zubiri said.

The Senate leader said he declared that the CA would only confirm two secretaries on Wednesday, “no ifs or buts,” because of pressing Senate matters.

According to Zubiri, all the Cabinet members who were not confirmed will have to seek reappointment from the President.

Under the 1987 Constitution, there are two classes of government officers whose appointments require confirmation by the CA.

These include the heads of executive departments, ambassadors, other public ministers and consuls, and officers of the Armed Forces from the rank of colonel or naval captain.

The chairpersons and members of constitutional commissions, such as the Comelec, the COA and the Civil Service Commission, as well as the regular members of the Judicial and Bar Council.