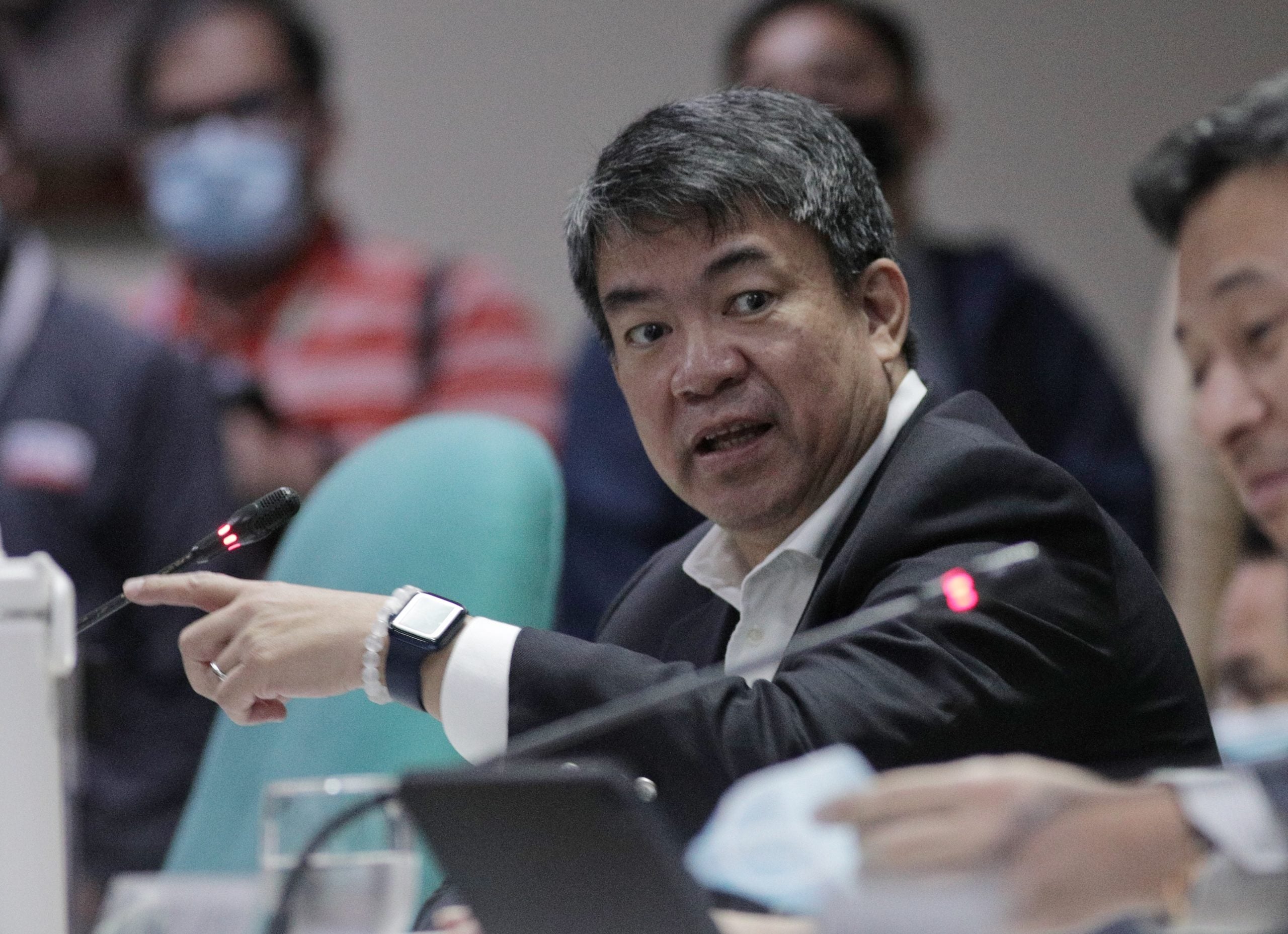 From “sipsip,” or sucking up to someone, to “higop,” or slurping to take in more, the Senate budget hearing on the lump-sum funding for the government’s social infrastructure programs has taken to coining words with unpalatable connotations.

Senators thought up the words in describing their discomfort over the P149-billion lump sum funding for the government’s Support for Infrastructure Projects and Social Programs — or SipSP — that was presented by the Department of Budget and Management (DBM).

During the budget briefing on the lump sum funding in the P2023 budget, Senate Minority Leader Aquilino Pimentel III noted how the DBM gave SipSP its nasty name to draw lawmakers’ attention, not only over DBM’s unclear presentation but also by how its proponents coined it: “sipsip.”

“Sipsip” is a Filipino term referring to someone who overly flatters or sucks up to a person of authority, wealth or power to gain some favors.

The SipSP is one of the components of the “unprogrammed appropriations” in the 2023 National Expenditure Program (NEP) amounting to nearly P588.2 billion, which Pimentel questioned because they lack specific details on where they will be spent.

In her presentation, Tina Rose Marie Canda, DBM undersecretary for budget preparation and execution, explained that unprogrammed appropriations are “standby funds” that may be used depending on the availability of funds from excess or new revenues, as well as from loan proceeds.

She said this year’s proposed funding for unprogrammed items grew from P336.5 billion in 2022, or an increase of 133.7 percent.

The SipSP fund, which takes up 25.5 percent of the total unprogrammed appropriations, is used to fund “projects which at this point have not been identified,” according to Canda.

The repeated mention of the word drew subdued laughter from the attendees of the budget briefing, prompting Senate President Pro Tempore Loren Legarda to ask what the “SipSP” fund was about.

“It’s good to ask so that it’s taken into context because we are seen worldwide, and it might be misunderstood that your newly confirmed secretary or this new group has a ‘sipsip’ fund which does not sound good,” she said.

Canda clarified that the SipSP is not a creation of the new administration, but has been introduced in the budget since the administration of former President Gloria Macapagal-Arroyo.

“In fairness to this fund, it was created during the time of PGMA when the resources were tight and the appropriations were not always available,” she said.

Canda said the SipSP is just a “standby fund,” which may be used for unforeseen needs.

“When the pandemic hit in 2020, we did not have sufficient funds for isolation facilities, so we had to resort to these lump sum amounts; in fact, even the procurement of vaccines and booster shots are included here,” she said.

Senate finance committee chair Sen. Sonny Angara chimed in, clarifying that the SipSP, which was “way smaller” during Arroyo administration, is now being revived and has gotten bigger under the Marcos Jr. administration.

“So instead of ‘sipsip,’ you better call it ‘higop’ (slurp) now because it is now bigger,” he told DBM officials, drawing giggles.

Legarda urged the agency’s communications experts to change the “SipSP” which, she said, is a “very important fund” that goes into social infrastructure.

“We can be more creative so that there’s no misunderstanding. You can do it,” she said.

Pimentel said the DBM may call it by whatever name, but he will continue to question their inclusion in the proposed budget, alongside other “lump sum” amounts that do not disclose the details of their specific purpose.