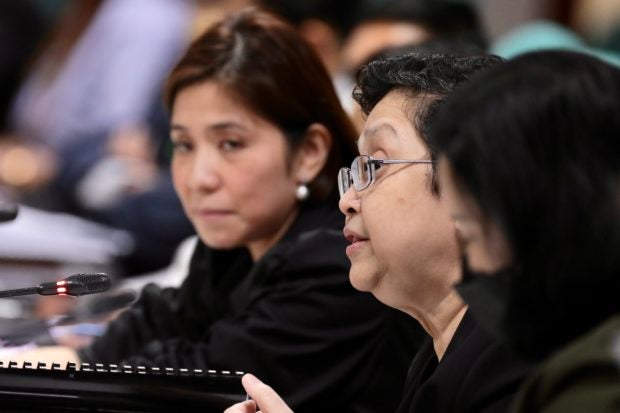 MANILA, Philippines — A budget item called “Sipsip” — a Filipino word which translates to suck, or someone who is a sycophant — in the Department of Budget and Management’s (DBM) proposed funds for 2023 was noticed by senators on Thursday, with Senator Loren Legarda advising the agency to replace its name to avoid being misunderstood.

During the Senate Finance Committee hearing on the Department of Budget and Management’s proposed 2023 budget, DBM Undersecretary for Budget Preparation and Execution Tina Rose Marie Canda explained that the term “Sipsip” was an acronym for Support to Infrastructures and Social Program.

“We call it SIPSP for short, it’s Support to Infrastructures and Social Program, in fairness to this fund it was created way back during the time of PGMA (former President Gloria Arroyo) when the resources were tight and the appropriations were not always available,” said Canda.

Legarda then urged DBM to replace the name of the program.

“It’s good to ask so that it’s taken into context because we are seen worldwide and it might be misunderstood that your newly confirmed secretary or this new group has a “Sipsip” fund, it does not sound good,” she said.

“I make a manifestation, Mr. Chair, that the communications experts in DBM change the acronym of this important fund because it’s a special infrastructure fund, and for socioeconomic needs, that’s so important,” she added.

She urged the Department to be “more creative” and just change the acronym so that “there would be no misunderstanding.”

Sipsip is one of the items DBM classified under the “Special Purpose Fund” with “unprogrammed appropriations,” amounting to a total of P588.2 billion.

Tulfo blasts DBM for ‘acting like God’ in cutting budget