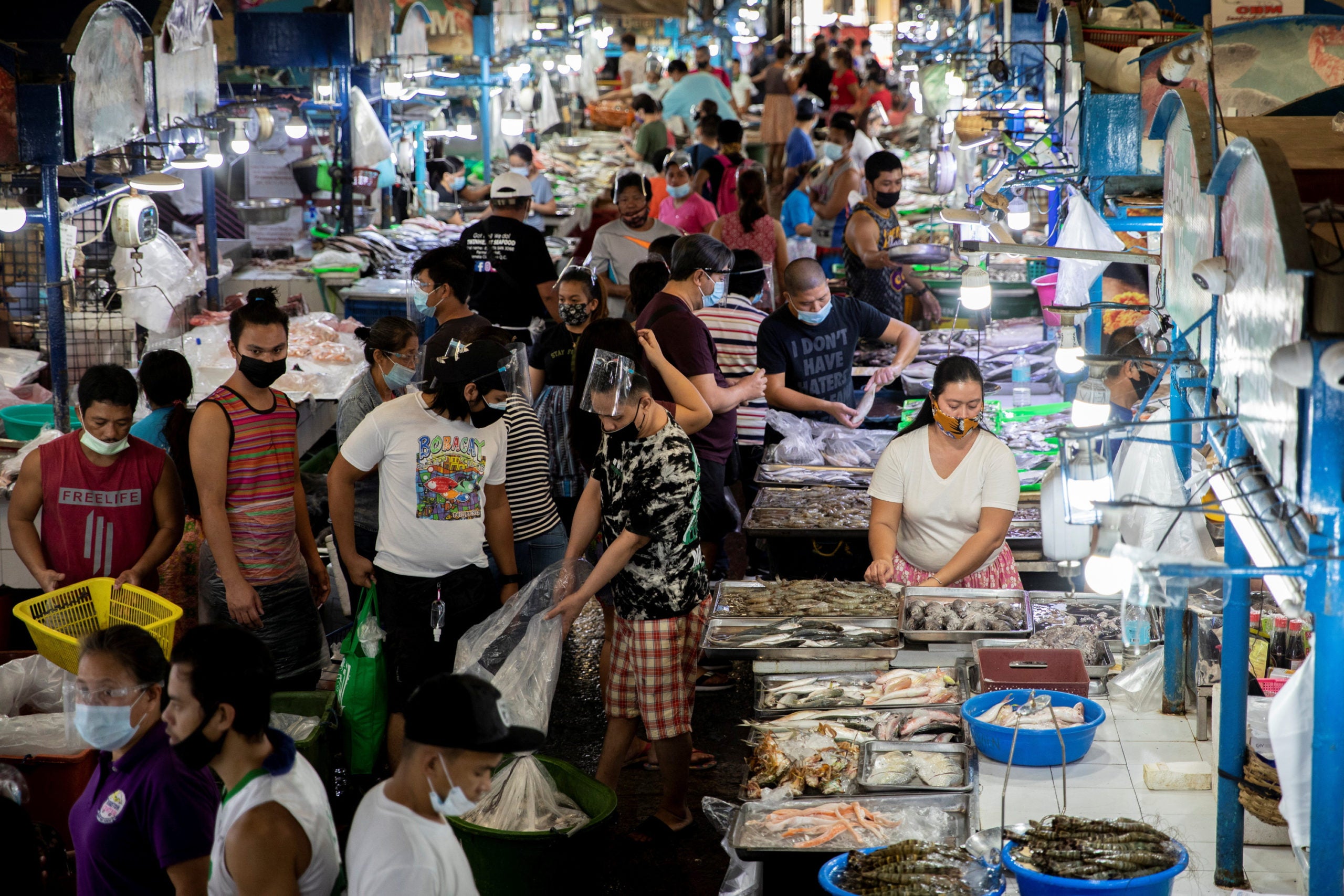 Nearly seven out of every 10 Filipinos were most concerned about the soaring prices of food and other basic commodities and services, a national issue for which the Marcos administration received its lowest approval rating, a Pulse Asia Sept. 17-21 survey showed.

While controlling inflation was the top urgent national concern for 60 percent of the respondents, 42 percent of them disapproved of the administration’s performance in addressing this problem against 31 percent who were in favor, or a net approval rating of -11, the lowest among the 13 issues it was rated in the Pulse Asia poll.

Inflation, which measures the increase in prices of food, clothing, housing, electricity, transportation, and other essential goods, rose to 6.9 percent in September, the worst in four years and raised the year-to-date average to 5.1 percent, according to the Philippine Statistics Authority (PSA).

Controlling inflation was a concern of the majority across all geographic areas, with 81 percent in Mindanao, 71 percent in the Visayas, 68 percent in Metro Manila and 56 percent in Luzon outside of Manila considering it a top national issue.

The majority of Class D and E respondents were most concerned about inflation at 71 percent and 58 percent, respectively, while the top concern among Class ABC was increasing workers’ pay at 55 percent.

Pulse Asia also asked the 1,200 respondents to rate the administration’s performance on 12 other issues.

On the issue of reducing poverty, considered a major concern by about a third of the respondents, the administration received a 39-percent approval rating and 26-percent disapproval rating, resulting in a +13 net approval score.

The administration received majority approval ratings on the rest of the issues, with the highest at 78 percent on both responding to the needs of areas affected by calamities and controlling the spread of COVID-19.

The other top urgent national concerns that emerged in the survey included increasing the pay of workers (44 percent), creating more jobs (35 percent), and reducing poverty (34 percent).

The survey had a margin of error of plus-or-minus 2.8 percentage points for national data.

Progressive groups on Tuesday said it was expected for inflation and unemployment rates to rise especially under the current administration as there were “no decisive and appropriate actions” by President Marcos to address them.

Anakpawis national president Ariel Casilao pointed out that the rise in these rates were only “characteristic of a Marcos’ brand of rule,” as he warned the public that the “worst was yet to come.”

The unemployment rate rose to 5.3 percent in August from 5.2 in July, meaning an additional of around 80,000 Filipino workers who lost or were without jobs.

Casilao, a former lawmaker, cited several factors for the rise in inflation and unemployment rates, including the continued implementation of the oil deregulation law and the lack of production subsidy for the food and agriculture industry.

He also cited the decrease in consumers’ purchasing power.

He said no reforms should be expected by workers and other sectors from Mr. Marcos, but suggested that the President should be pressured to hear the demands of the various productive sectors such as agriculture and transport.

“[President Marcos] should zero in on the oil price hikes since this has been a historical inflation factor, since the last quarter of last year,” Casilao stressed.

Last March, jeepney drivers suffered additional fuel costs ranging from P8,000 to P20,000 per month, farmers for land preparation and irrigation of more than P8,000, and fisherfolk of P3,800 for their 16-fishing day month, according to Casilao.

“If we won’t press the current Marcos regime to implement needed reforms, then our economic crisis could worsen,” he said.

For the farmers’ group Kilusang Magbubukid ng Pilipinas (KMP), food inflation was also likely to increase in October due to the effects and damage caused by Supertyphoon “Karding” (international name: Noru).

KMP chair Danilo Ramos said wide swaths of rice farmlands across the Central Luzon region had been affected by Karding, especially in the province of Nueva Ecija.

He called for an “urgent and substantial” economic aid for farmers that he said could cushion the impact of the rising inflation rate, directing his call to Mr. Marcos, who is also the concurrent agriculture secretary.

“The Department of Agriculture must do away with its ‘import obsession’ and seriously consider protectionist policies to protect farmers and the local agriculture,” Ramos said. “All year round, farmers are battered with increasing prices of farm inputs and several typhoons hitting the country.”

The government has traditionally resorted to importing food items such as rice, sugar, meat and poultry to help bring down high prices in retail markets caused by shortages in local supply. INQ