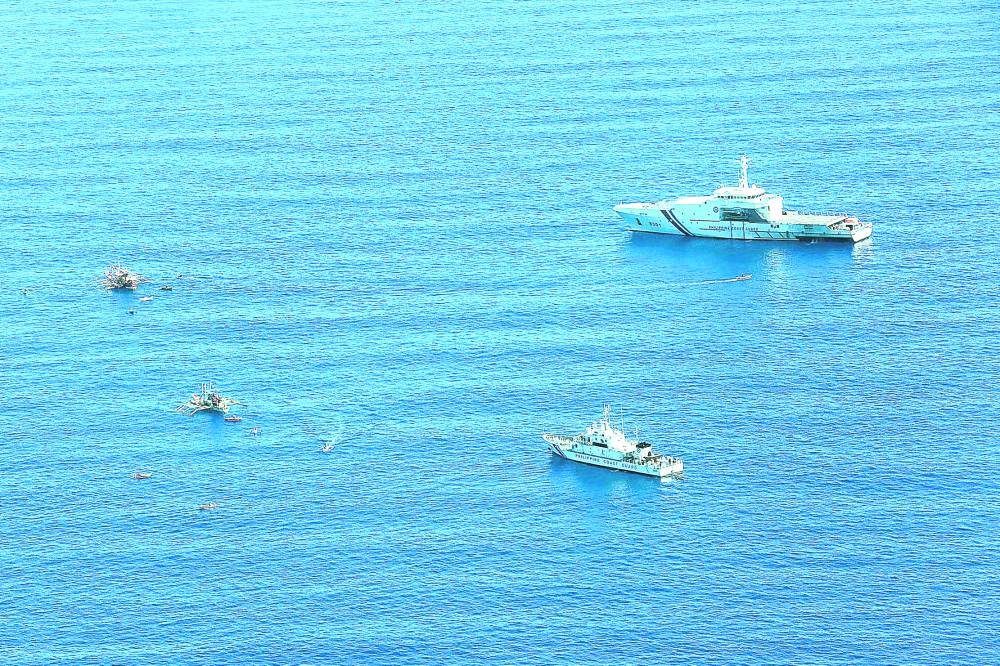 Nearly 40 Filipino fishing vessels were around the shoal, also known as Bajo de Masinloc (Scarborough Shoal), as were two PCG vessels. The shoal is a small ring of reefs located within the Philippines’ exclusive economic zone, which China claims to own.

“It’s a delight to see that there are more fishermen here at Bajo de Masinloc and they have returned to their livelihood,” said Commodore Philip Soria, who flew the 12-seater PCG Cessna Caravan 2081 on Thursday morning for a maritime patrol.

At the time of the mission, BRP Gabriela Silang (OPV-8301) and BRP Suluan (MRRV-4406) were some 9.26 kilometers from the shoal with a few fishing vessels nearby to pick up relief supplies distributed by the coast guard ships.

There were several local fishing boats on the fringes of the shoal but there appeared to be none inside during the time of the maritime patrol.

Still, the numbers of local fishing vessels were positively “overwhelming” for the PCG and they hope to see more of them out there.

“We encourage our fisherfolk to come here at Bajo de Masinloc and other parts of the West Philippine Sea. It’s for our food security,” said PCG spokesperson Commodore Armand Balilo. “We are here to protect and monitor their activities and we will continue the presence of our two ships here.”