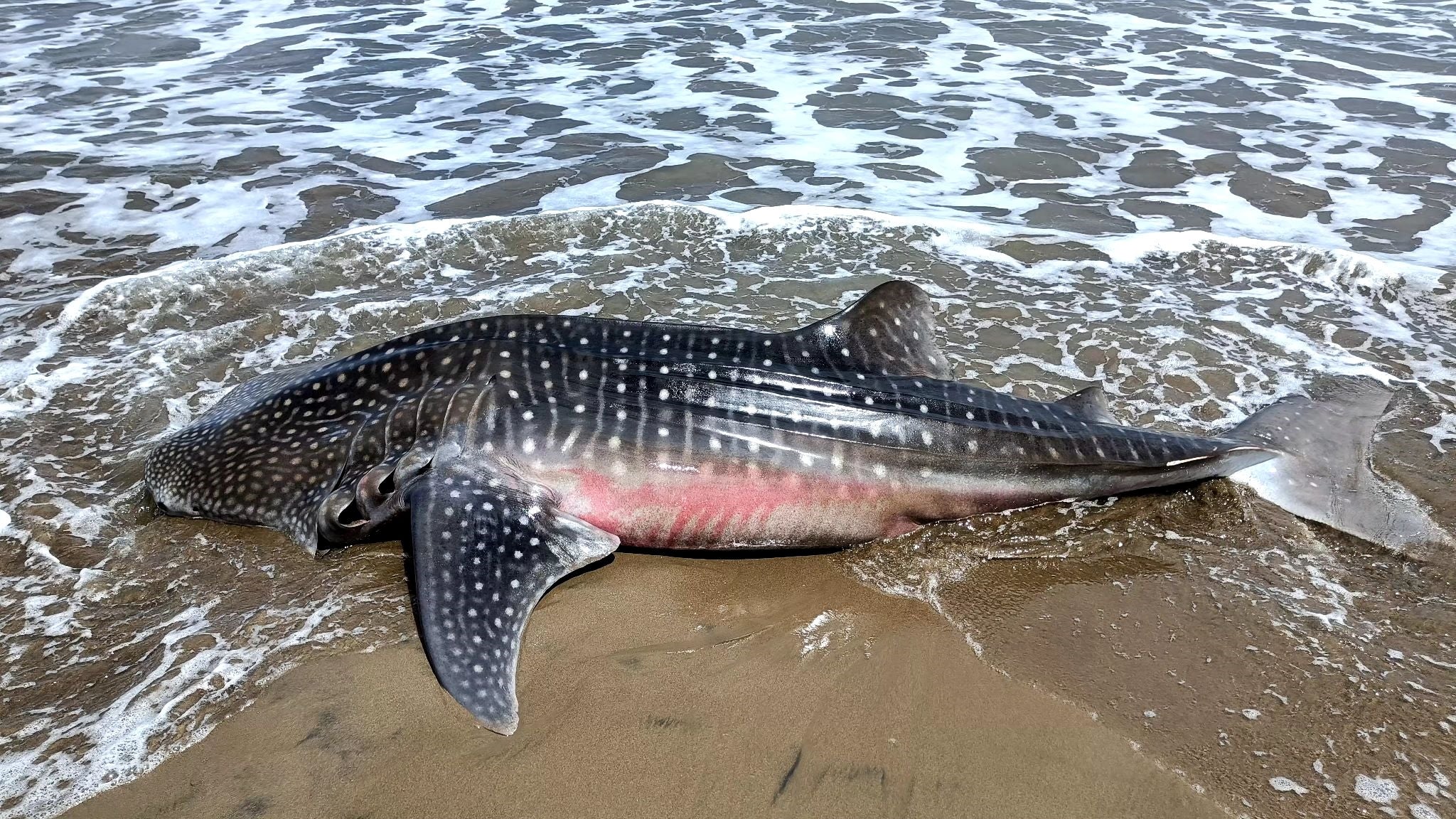 A dead whale shark was found on the shore of Barangay Bagasbas in Mondragon town, Northern Samar on Monday, October 3, 2022. (CONTRIBUTED PHOTO)

Wilson Tenebroso, an officer of the local government, said he and a group of personnel from the Municipal Agriculture Office went to the area to verify a report they received.

Residents of the area noticed the whale shark eating plankton and tiny shrimps, which were abundant in their seawater.

However, the locals told him that the whale shark seemed to be disoriented on how to get out of the area. He explained that the sea of Barangay Bagasbas is shaped like a basin and most often, a disoriented fish could not already come out from the area.

The BFAR personnel also opened the stomach of the whale shark to find if it had eaten something deadly. But they only found small shrimps and plankton inside its stomach.