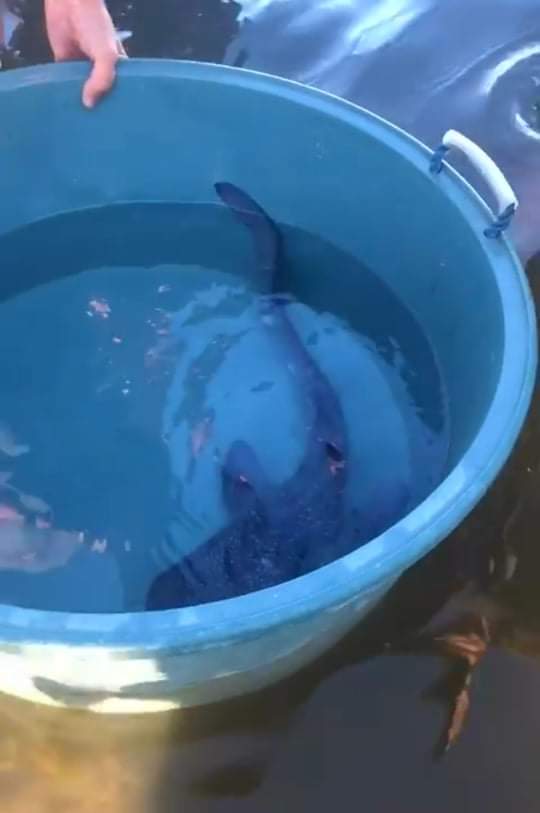 Residents and authorities rescued this juvenile whale shark that was stranded at the shores of Donsol, Sorsogon Sunday. The young male whale shark was found to be healthy and will be released back to the sea. CONTRIBUTED PHOTO

LEGAZPI CITY — A juvenile whale shark (Rhincodon typus) was rescued by authorities after it was stranded at the shore of Dancalan beach in Donsol town in Sorsogon province Sunday morning.

She said the young whale shark is male and measures 64 centimeters long.

The baby whale shark is physically in good condition and will be released soon after documentation.