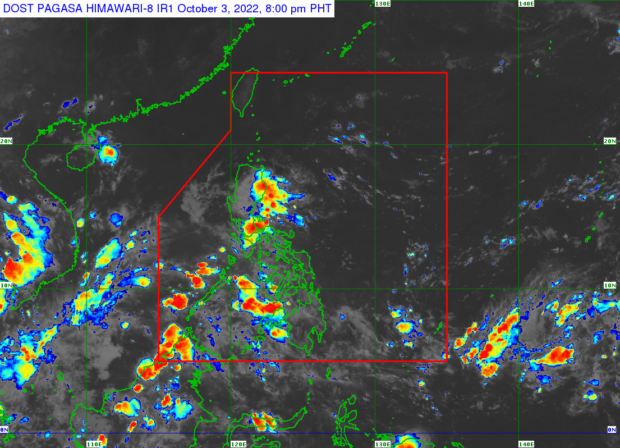 The easterlies will bring overcast skies and rain over Aurora and Quezon on Tuesday, while the rest of the country will have generally fair weather, says Pagasa.

MANILA, Philippines — The areas of Aurora and Quezon on Tuesday are forecast to experience overcast skies due to the effects of the easterlies, while the rest of the country will have generally fair weather, said the Philippine Atmospheric, Geophysical and Astronomical Services Administration (Pagasa).

(However, because of the easterlies, clouds and light to moderate to heavy rain showers will persist in Aurora and Quezon Tuesday.)

(In Metro Manila and the rest of Luzon, the weather is generally clear, but in the afternoon and evening, we should still be prepared for the possibility of isolated rain brought by easterlies or thunderstorms.)

Meanwhile, generally fair weather is likewise expected over Visayas and Mindanao with chances of isolated rain in the afternoon and evening.

Neither low-pressure areas nor tropical cyclones are monitored by Pagasa at this time, according to Clauren-Jorda.

No gale warning is raised in any part of the country’s surrounding coasts and in-land seas.

Pagasa: Fair Monday weather in most parts of PH