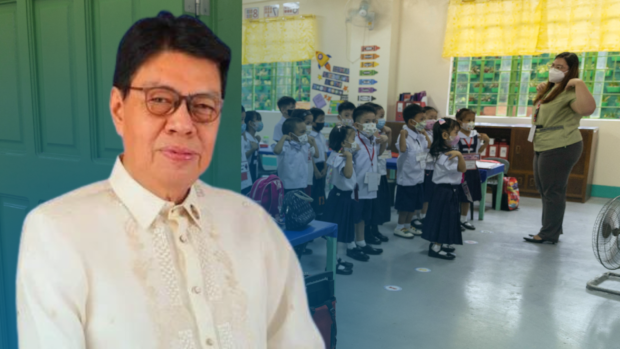 MANILA, Philippines — Camarines Sur 3rd District Rep. Gabriel Bordado Jr. has reminded his colleagues in the 19th Congress of his request for increased money for the underfunded education, transportation, and energy sectors in the planned 2023 national budget.

Bordado, in a statement on Monday repeated his request that funds be placed to the Special Children and Children with Disabilities Education, as there were no funds provided in the General Appropriations Bill (GAB) despite the Department of Education (DepEd) proposed budget increasing from P633.3 billion in 2022 to P710.6 billion.

“I am appealing to the concerned agencies and entities to facilitate the additional budgetary allocation to all the departments identified in the period of interpellation,” he said.

Bordado voted in favor of House Bill No. 4488, which contained the GAB, but he, like fellow Minority member Albay 1st District Rep. Edcel Lagman, aired reservations about the proposed budget.

While Lagman focused on the confidential and intelligence funds (CIF), Bordado made several requests:

“It is critical that programs that help vulnerable communities be prioritized and adequately funded by the government. These programs, for which the legislator specifically requested a budget increase, will have a direct impact on the marginalized sector and will benefit the entire country,” Bordado said.

The House of Representatives already approved the bill containing the GAB last Wednesday, but amendments can still be made.  Initially, it can be conducted by a small committee created to amend certain portions of the proposed budget.

After this, the Senate will deliberate on the GAB, where more amendments could be made.  Then it would go through a bicameral conference committee where differences in the House and Senate versions would be threshed out. With reports from Alyssa Joy Quevedo, INQUIRER.net trainee