US defense chief vows to help Taiwan defend itself 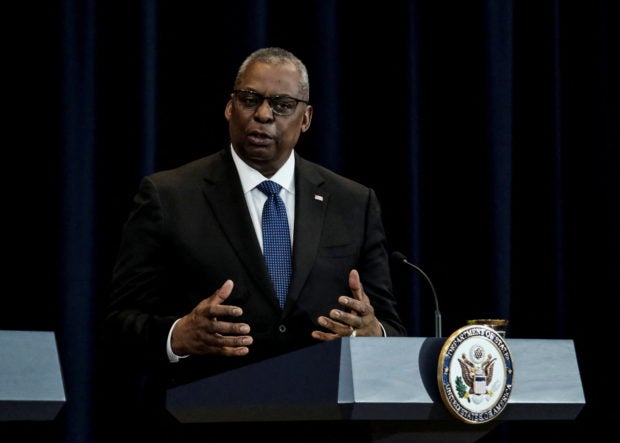 WASHINGTON — The United States will help Taiwan “develop the capability to defend itself” from a Chinese invasion, Defense Secretary Lloyd Austin said on Sunday, stopping short of President Joe Biden’s vow to send troops to the island.

“We’re committed to helping Taiwan develop the capability to defend itself,” Austin said in an interview with CNN.

Washington has historically maintained a policy of “strategic ambiguity” on whether it would intervene militarily if Taiwan were attacked by China.

Asked in an interview with CBS last month whether US troops would defend Taiwan, Biden said “yes,” if it were “an unprecedented attack.”

Austin was asked by CNN host Fareed Zakaria whether the US military was preparing to send troops to Taiwan in line with Biden’s comments, but he declined to answer directly.

“The American military is always prepared to protect our interests and live up to our commitments. I think the president was clear in providing his answers as he responded to a hypothetical question,” Austin said.

“But, again, we continue to work to make sure that we have the right capabilities in the right places to ensure that we help our allies maintain a free and open Indo-Pacific,” he said.

Washington’s “strategic ambiguity” is designed both to ward off a Chinese invasion and to discourage Taiwan from provoking Beijing by formally declaring independence.

Asked if Biden’s comments meant a change in that policy, a White House spokesperson said at the time: “The president has said this before, including in Tokyo earlier this year. He also made clear then that our Taiwan policy hasn’t changed. That remains true.”

During a visit to Japan in May, Biden was asked whether he would commit US troops to Taiwan and he said “yes.”

“That’s the commitment we made,” he added.

Austin told CNN he saw no “imminent threat” of a Chinese invasion of Taiwan.

But increased military activity on the Taiwan Strait showed that Beijing was moving to establish “a new normal,” he said.

Washington cut formal diplomatic relations with Taiwan in 1979, switching recognition to Beijing as the sole representative of China. But at the same time, the US maintained a decisive, if delicate role in supporting Taiwan.

Under a law passed by Congress, the US is required to sell Taiwan military supplies to ensure its self-defense against Beijing’s vastly larger armed forces.