US, Australia and Japan vow to work together against China | Inquirer News 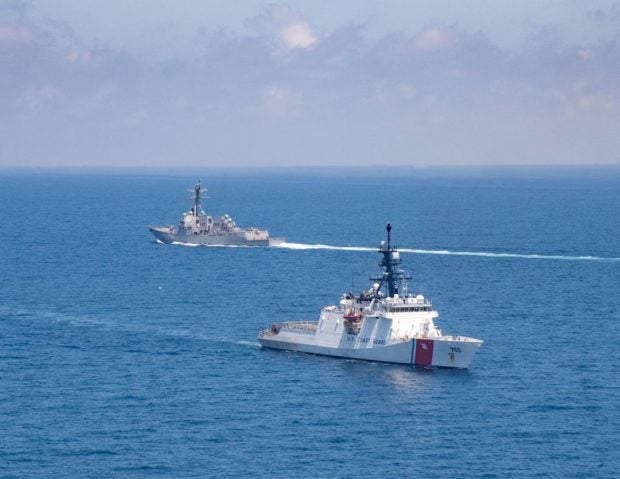 HONOLULU — The defense ministers of the United States, Australia and Japan agreed Saturday to boost military cooperation in the face of China’s growing ambitions “to shape the world around it”.

Washington is pressing a diplomatic offensive to counter Chinese influence across the Asia-Pacific.

“We are deeply concerned by China’s increasingly aggressive and bullying behavior in the Taiwan Strait, and elsewhere in the region,” US Defense Secretary Lloyd Austin said as he welcomed his counterparts from Australia and Japan to the US military headquarters for the Pacific region in Hawaii.

“Our interest lies in the upholding of the global rules-based order. But we see that order under pressure in the Indo-Pacific as well, as China is seeking to shape the world around it in a way that we’ve not seen before,” said Richard Marles, the Australian defense minister.

On Thursday, Washington announced an $810 million aid package for Pacific Island nations where the United States plans to intensify its diplomatic presence.

Vice President Kamala Harris traveled last week to Japan and South Korea and said the United States would act without fear or hesitation throughout Asia, including the Taiwan Strait.

Beijing considers Taiwan to be part of China and also claims the thin and busy channel of water that separates the two.

Harris visited the demilitarized zone between the two Koreas. Her trip was designed to show Washington’s commitment to defending South Korea against North Korea.

Austin also held a bilateral meeting with his Australian counterpart, focusing on a 2021 agreement between the United States, Australia and Britain that would provide nuclear-powered submarines to Canberra.

The Australian minister said delivery timelines would be a major factor in Canberra’s decision — due to be announced early next year — on which supplier to choose.

“It is critically important, given the strategic situation we face, that there is an evolution in submarine capability in Australia between now and when the first submarines arrive,” Marles said.

Nuclear-powered submarines are likely to give Australia the ability to operate more stealthily and — armed with sophisticated cruise missile capabilities — pose much more of a deterrent to Beijing.

The choice of contractor will have a significant economic impact and strategic implications, closely enmeshing the Australian navy with that of the chosen nation.