PCSO says Grand Lotto winners were ‘loyal to their numbers’ 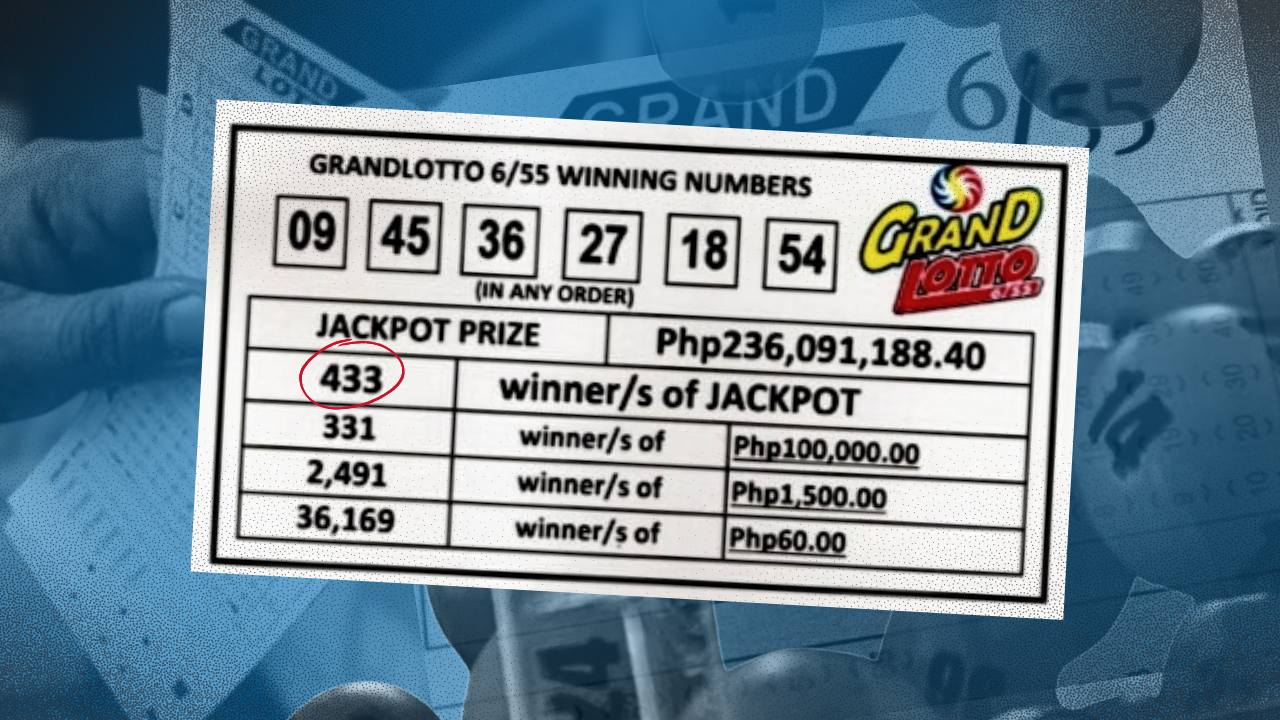 MANILA, Philippines — The 433 lotto bettors who got lucky with the winning combination for last Saturday’s P236 million 6/55 Grand Lotto draw were players who were “loyal to their numbers,” the Philippine Charity Sweepstakes Office (PCSO) said.

The PCSO said Filipino lotto bettors are fond of maintaining the same combinations and using patterns when placing lottery bets.

“We saw a betting pattern prior to the winning day yesterday. There were in fact, a lot of bettors to this combination,” PCSO General Manager Melquiades Robles said in a press briefing.

The winning bettors got the combination of 09-45-36-27-18-54. However, some netizens have alleged irregularities in the draw after noticing that the results are divisible by nine.

Some senators also want the lotto draw probed to rule out any allegation of irregularity.

Robles however said that although the winning combination may be a “freak,” he added that there are some bettors who use irregular patterns such as 1-2-3-4-5-6 and 5-10-15-20-25 in placing their bets.

“So we run that and we found out, na mayroon po talagang consistent na nag-aalaga… Kaya sabi ko nga, loyalty based.

(So we ran that and we found out, there are people who consistently take care of their numbers… As I say, it’s loyalty based.)

(So the question is, why did it turn out to be like that? Why did so many win? It’s just simple, these people have maintained their numbers.)