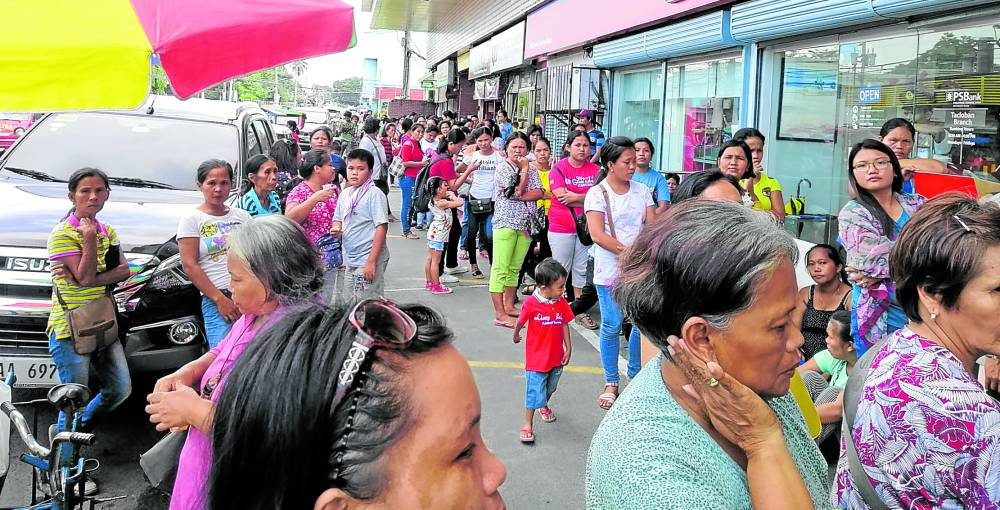 (FILE) Beneficiaries of the Pantawid Pamilyang Pilipino Program or 4Ps wait for their turn to get their financial aid from the government in one of the banks in Tacloban City in this photo taken in 2021. —JOEY GABIETA

TACLOBAN CITY – The Department of Social Welfare and Development (DSWD) has initiated what it called a “first of its kind” one-day jobs fair intended for Pantawid Pamilyang Pilipino Program (4Ps) beneficiaries who are looking for employment here on Saturday, Oct. 1.

The jobs fair was part of the highlights of the celebration of the third year anniversary of the law institutionalizing the 4Ps.

One of them was Matilda, 40, and a mother to three children.

According to Matilda, who asked not to be identified, she lost her job as a cleaner in one of the private hospitals in Tacloban after giving birth to her third child.

“When I tried to return to work in 2019, the management told me that they will no longer renew my contract, leaving me without work,” she said.

“Good thing the DSWD had this job fair for 4Ps members like me. Luckily for me, I was immediately hired by another government-run hospital,” Matilda added.

The hospital management, she said, will call her as to when she will start to work as a staff cleaner.

Grace Subong, the director of the DSWD in Eastern Visayas, said the jobs fair was “customized” to accommodate 4Ps members, particularly their newly-graduated children who are looking for work.

“This is one of a kind jobs fair as we want to ensure that they will have work after graduation. And we also entered into agreement with some entities to join this job fair as part of their social responsibility in helping our 4Ps members,” she said.

The applicants were actually prescreened by their office to ensure that they will be hired immediately.

For this year alone, 6,081 4Ps beneficiaries across the region have “graduated” which means they have children who could potentially look for employment as they have ceased from receiving the cash grant from the government.

4Ps is a poverty-reduction program of the government wherein poor beneficiaries are given cash grants to improve their lives.