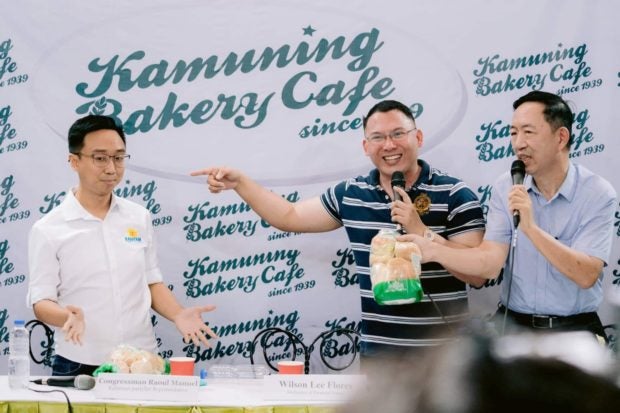 Earlier, Manuel called on Cardema to resign due to alleged corruption in the NYC.

He then started talking about the New People’s Army (NPA). He accused Manuel and Kabataan of condoning the NPA.

The host of the forum, Wilson Lee Flores, tried to redirect the discussion to the main point of the forum, but Cardena continued to ramble about the NPA.

“Why is it that with so many young Filipinos being recruited the Kabataan party has not condemned it directly? Cardema said in Filipino.

Cardema also accused Kabataan of being mum about the June 2021 explosion in Masbate City — referring to that incident that killed 21-year-old  football player Kieth Absalon of the Far Eastern University and his cousin, 40 Nolven Absalon,

However, earlier in the forum, Manuel had already stated that Kabataan Partylist was against all forms of violence and that it had already released a statement on the violence perpetrated by the NPA, including the Masbate incident.

“Any entity that has committed alleged violations of human rights should be held accountable — no matter who it is,” Manuel said in Filipino.

He also explained that Kabataan did not encourage the youth to take up arms against the government.

The debate went for over an hour, with Cardema repeatedly accusing Manuel of condoning the NPA and challenging the lawmaker to drop the names of the corrupt officials in NYC.

But Manuel said that it should be NYC to determine the root of the corruption.

“COA [Commission on Audit] has released reports, and NYC should be the one to respond to that,” Manuel said.

“Year after year the anomaly does not disappear. So that’s the problem we have here. That’s why year after year anomalies are raised in Congress.”

Manuel then called out Cardena, after the NYC chief tried to talk over him even when it was already his time to answer allegations thrown by Cardema.

“Rude. He had his platform yesterday, but still he gatecrashed this forum and then won’t let us speak. Very rude,” Manuel said.

The debate ended in a handshake, with no clear resolution.

“The NYC Chair said he would crush me in the debate. But there was no debate,” he said.