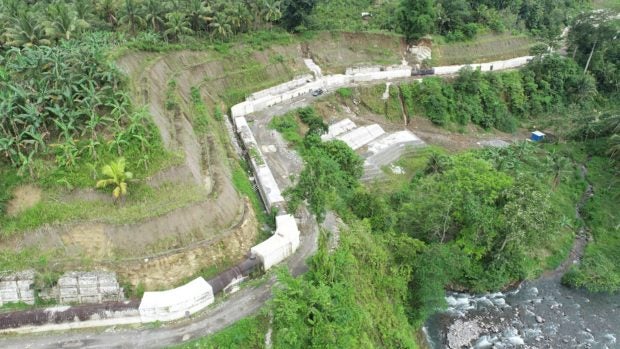 DAVAO CITY – The water supply  woes of this city may be easing early next year after the company behind a P12 billion Davao City Bulk Water Supply Project (DCBWSP) vowed to fast-track its completion.

“If we (officials) need to be there to help in digging, we will be there to make sure it happens,” Anna Victoria Lu, president of Apo Agua Infrastructura Inc., told city councilors who quizzed her about the project which is expected to supply 300 million liters of water daily to the Davao City Water District (DCWD).

The project is envisioned to address the increased need for potable water, particularly in the northern elevated parts of the city which have been dependent on water pumped from the underground aquifer.

Touted as one of the largest private bulk water supply facilities in the country, the P12 billion project is an undertaking  of Aboitiz Equity Ventures,  Apo Agua Infrastructura Inc. and JV Angeles Construction Corp. 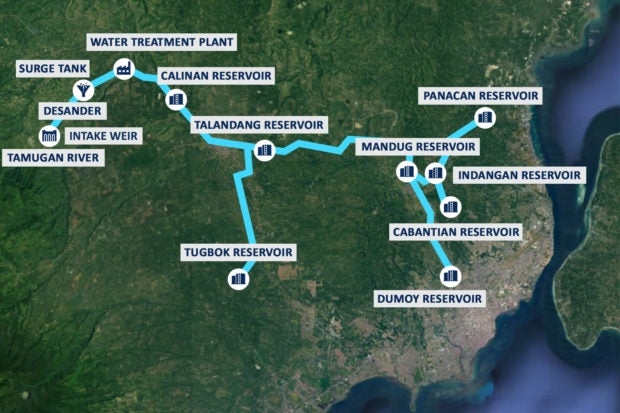 Map of bulk water supply facilities to be set up by Apo Agua Infrastructura Inc.

The project generates hydroelectricity from the same river to power its operation. When completed, the project will supply 300 million liters of water a day from the runoff of Tamugan River.

Lu said the project will operate partially by early next year, and fully by the middle of the same year.

Construction of Apo Agua’s facilities started in 2018, and was originally targeted to operate by the end of 2020. 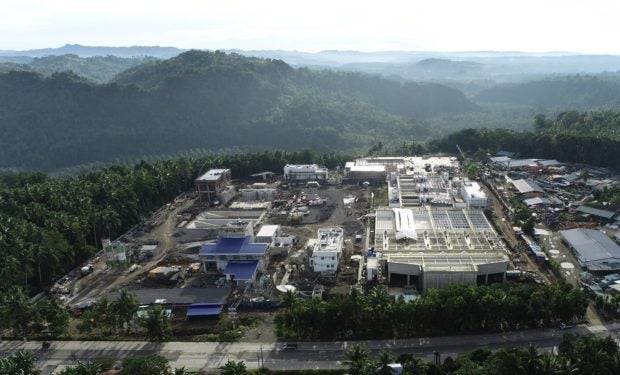 The city’s precarious state of potable water supply became apparent when the electrical system of DCWD’s Dumoy Line 2, which serves 66,480 connections, conked out on September 15, which rendered some parts of the downtown areas and most parts of the northern side of the city waterless.

The problem affected about a fourth of the 242,000 total connections of the water utility as of August. It took about a week to restore water supply in affected areas.